10 People To Avoid In Creative Industries

If you want to succeed, if you want to be happy, if you want to get work done, then you need to ditch these people. The seeds of creativity are just that, seeds. If you're in the wrong environment, with the wrong people, they'll never blossom. These are ten people who will do their utmost best to kill your spark.

Everything is a huge drama! They had to wait fifty minutes for an audition, so will spend four hours that night telling you about it. And moaning about how hard done by the are. And they'll build big and elaborate stories around the dullest of things.

They were at a networking party and met a guy called Bob who said he was a producer. And he said, "I think you have a quality." So, your friend calls you up all excited because he/she thinks he/she has a 'quality', and will now be getting Oscars. And they ramble on and ramble on. And the delusionals; they keep trying to skip the hard work. Keep trying to bypass the struggle. They think they have a golden ticket.

At some point, you're gonna say, "they hired me". And you need to be around people who can support it. If you hang around jealous types, you may never get the "they hired me" call, because The Jealous are too busy chopping you down when opportunities arise.

You may think perfectionists are a good thing. You may see yourself as one. But a perfectionist, more often than not, is someone with a huge inner critic. And the critic never lets them complete a project, never thinks it's good enough. And The Perfectionist will meddle in your work -- keep nibbling away until you're smacked down on the canvas and unable to stand up. They think the problem is you -- but never look deeply inside themselves. You have to get away from these people because they will hold you down for years.

You went to a party last night with Kevin Spacey, and Harvey Weinstein invited you onto his yacht, really? Wow. And you don't have the decency to acknowledge the production assistant who just brought you coffee? Yeah; we don't want you on this film set anymore. 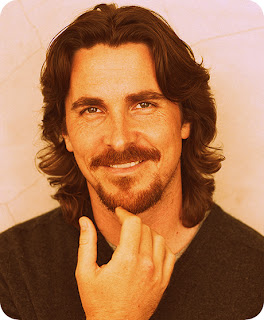 They're so good at pretending they're not lazy. But laziness is a real killer. And it's contagious. Don't be lazy about getting rid of lazy people, do it at once!

Should I do it? Should I not do it? Would you do it for me? Do you think they might do it? Do you think if you asked them they'd do it for me? Have you done it yet? Will they like me? Do you like me? Why am I not in your film? Do you want me to come over? Why don't you want me to come over? Why were you acting all funny when I came over? I'm over it, okay? I'm taking a break from talking to you, okay? Do you love me? Does nobody love me? Does love exist? Can I have a hug? If you ask them to give me a hug will they give it to me? Have you cast it yet? When you cast it will you tell me?

They think it can't be done. They think there's no point in finishing. No point in starting. They think it'll suck anyway. They think it would be better if it was done another way, another time. Frankly, they don't think you know what you're doing; and rather than support you to do it right, or to humbly admit they don't know what they're doing either; they'll just judge you and be certain that you can't do it and shouldn't do it.

Has no idea how much work you put in. Doesn't appreciate what you did, and has no awareness of how much it took out of you. But as long as they're on their way, right?