If I had to take an oath in court about who my top 10 actresses are, this wouldn't necessarily be the list. Meryl Streep is probably a better actress than Rosario Dawson -- but this isn't the point of my list. Today I'm writing about actors that I like personally, whose work I gravitate towards. I usually steer clear of writing posts like these; because I'm not the kind of guy who ranks things, and also in many ways I'm a bad judge. Streep might be great in 'The Iron Lady', but I just don't care; whereas Rosario Dawson broke my heart a little in 'Seven Pounds'. And THAT means more to me.

The following is in no particular order. 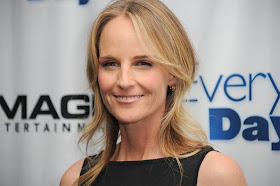 She had a great, peak period, I guess from around 1996 to 2001. It began with 'Twister' and 'As Good As It Gets' and ended with 'Pay It Forward', 'Cast Away', 'What Women Want' and 'The Curse of the Jade Scorpion'. Most of my affection for her, as an actress, is based on her performances in those films.

I think that Helen Hunt has something about her that is indescribable. She radiates a warmth, openness and honesty that is extremely rare on screen. She was cast perfectly in 'Cast Away'. She's only in it for a few minutes, but when Chuck (Tom Hanks) is stranded alone for all those years, we really get a sense of what he's missing. When they finally see each other again--- wow. I don't know any other actors who could have nailed those scenes as beautifully as Helen Hunt did with Tom Hanks.

Hollywood is tough on women. Hunt had a golden period that was extremely short; and now we rarely see her in anything particularly great. But there's still the hope that someone will write something for her that she can really get her teeth into. Even in 'The Curse of the Jade Scorpion', arguably one of Woody's weaker efforts -- Helen is a joy to watch and utterly compelling. 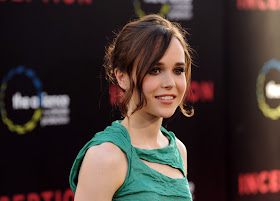 I totally fell in love with her when I saw 'Juno'. She was cool and hip and funny and weird and full of bizarre references and ideas. Of course, much of that was down to Diablo Cody's writing. But then you see Ellen Page in an interview, or in a different movie, and she's incredible. She's still in her early 20's, yet her wisdom about acting, coupled with her work on screen, is something special. These days, I wouldn't say I'm in love with her, but I just really want to sit down with her and have a coffee. Or get her here for a KITFR interview. I just think she's extremely talented. And hilarious. 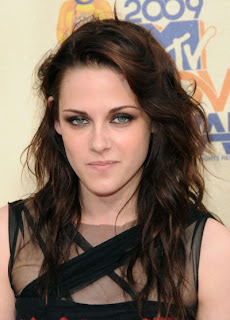 Everyone seems to have an opinion about Kristen Stewart. Me? I think she's fantastic. I think she's subtle to the point of mastery. In 'Adventureland' and her tiny appearance in 'Into The Wild', I think she evokes a truthfulness and humility that is really hard to do.

I know two sets of people that hate her. The first are the 'internet people'; the types who go around the internet hating on people who are successful and beautiful. The other set of people who hate her, are actresses. I know LOTS of actresses who despise her. Their criticism is, "she only has one facial expression, she never does anything!" I think they totally miss the point, and are probably just jealous. Kristen Stewart's acting style is like a Woody Allen joke; it's best to be underplayed -- to just get things done. What Kristen does on screen is subtle, and I almost always relate to her characters, but not so much in the vampire thing. 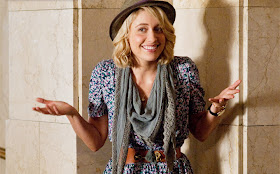 Wow, what a year she's having. A lead in a studio flick, and working with Woody Allen and Whit Stillman. And next year she's writing and directing again.

She stands for so much that I love ---- she put the hours in. She's worked her way up. Her initial projects were about creativity and inspiration, not money. If you go back and look at her early work, the 'mumblecore years', some of it is genius, some of it is shockingly bad. But without learning from the bad stuff, she wouldn't be where she is today.

She's refreshing on screen. She's unique. She mumbles her way through half her lines but we adore her for it because she's so darn human. A fantastic actress, who is now highly in demand. I am extremely excited to see her career develop. You can see more of my thoughts about Greta here. 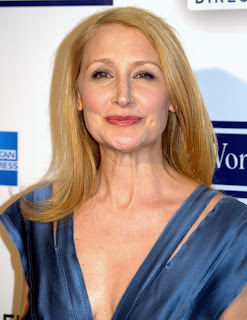 I think she's a class act. Films are all about men, but what if they weren't? What if Patricia Clarkson was the lead in the Hollywood blockbusters? Movies would be fascinating! I'd actually get off my ass and go to the cinema more often. (But then admittedly most people who go to see movies now would stay home, but I'd love it!).

She was unforgettable in 'The Green Mile'. But I think she's at her best in comedy. She was hilarious in 'The Station Agent', and she's always wonderful when she works with Woody Allen (Vicky Cristina Barcelona, Whatever Works).

The point I made about films being for men --- I guess what I mean is; years from now when Patricia Clarkson and Helen Hunt are dead, we'll look back at their careers and, while they have been wonderful and memorable, they've not been as great as they could have been, because films aren't about women. Certainly not at the ages they're at now. It's a deep shame, and we're the poorer for it. 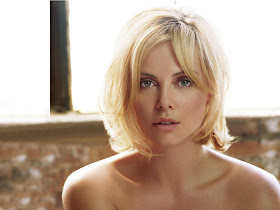 I think 'Young Adult' sealed the deal. Her performance in that was nothing short of spectacular. And it links to what I said about Patricia Clarkson --- here is Theron in her prime, and she's getting those roles. It's REFRESHING! Because there's no-one like her. She's great at being intense, and she's also extremely funny when she has the chance to be (she was one of the best things about the third season of 'Arrested Development').

I only saw 'Monster' once. It's not the kind of film you want to repeat. But I remember being blown away by Charlize. I love that she takes risks, that she's really and truly about the acting. She's one of the most beautiful women in the world, but I love that she doesn't over-identify with that. For her, it's about great roles, and great projects. Having said that, her upcoming projects don't excite me, but I'm sure it won't be long before she does something fantastic. With her talent and reputation, I think it's safe to say: she has masterpieces ahead of her. 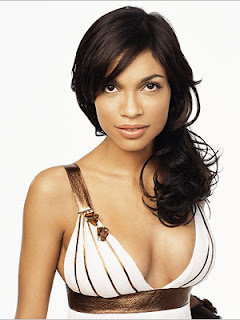 There's something about her. I believe her. I believe in her. I always root for her characters. She makes it look so effortless on screen. A recurring thing, I'm noticing, about the actors I like, is subtlety. 'Seven Pounds' is probably the best example of this. Her job in that movie is mostly to mope around being sick, yet she does it such an engaging way -- you just want to know her and help her when you watch it. She was great in 'A Guide To Recognizing Your Saints', too. She had two scenes; one sweet scene in a window, and one rooftop argument. In both scenes she was terrific, but in completely different ways. Check out that film just to see her acting with Robert Downey Jr. It's two actors at the top of their game. 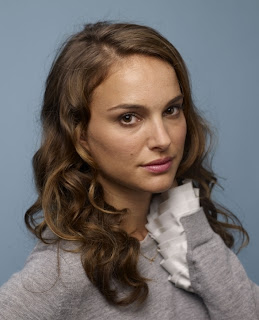 I've got to be honest. I'm a little bit bored of Natalie Portman. That's a horrible thing to say, I know, but I am. But she gets on this list based on merit, and based on the fact that I have, for as long as I can remember, loved her work. Have you seen her in 'Beautiful Girls'? She was phenomenal, and only about 14. Of course, she was even younger in 'Leon', which people remember even more. It's clear that she was immensely talented even when she was a child.

I'm not a Star Wars fan, so her work in those movies doesn't mean anything to me. That's always been the thing with Portman, she does a lot of work that I'm just not that interested in. I loved 'Garden State' and 'Closer' but that's about it.

And then, more recently, she crammed in about fifty projects in a two year period. 'Brothers', 'Hesher', 'No Strings Attached', 'Thor' and of course 'Black Swan'. She was great in all of them. Yet somehow, this pre-having-a-baby-work-blitz has given me Natalie Portman overkill. But I'm still a fan, and curious as to what the future has in store for her. 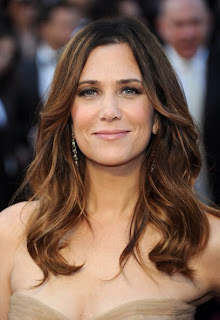 She's hilarious! I love her! Comedy needs people like Kristen Wiig. We all know how brilliant she was in 'Bridesmaids' (so much so that I wrote two articles about it, here and here), and she was fantastic in 'Paul' and 'Adventureland'. What's next? Her schedule is rammed full of projects. I can't wait to see what the future has in store.

Kristen Wiig has all the tools, training and talent that could see her becoming one of the greatest female comediennes of all time. She cut her teeth at Groundlings, she's been a cast member of SNL for seven years, and now she's branching out into big-budget Hollywood movies. The sky's the limit, and I'm definitely along for the ride. 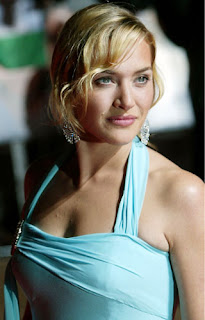 Just because she did 'Titanic', that didn't guarantee anything. Her career still could have stalled. But she picked her projects wisely, and she had great talent to back it up. I like her the most when she's surprising, like in 'Eternal Sunshine of the Spotless Mind', and I like her the least when she's 'normal', like in 'Revolutionary Road'.

I'd like to see her do more comedy, some lighter stuff. She's great at being serious, she always nails it, but I rarely seem to enjoy it. She was a riot in her 'Extras' episode, she definitely has a fun side to her that we don't always get to see on screen. Here's hoping.
at 08:59
Share