Directing With What You've Got - Following The Unfolding Process. 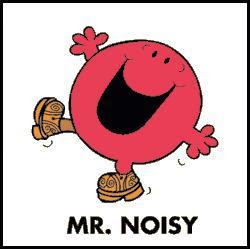 This could all be solved quite simply, with a character saying, "Damnit, what is that horrible noise?" or "how can you sleep with that coming from next door?" or "Oh My God, my ass is making a fridge like sound, do you hear it?" -- Whatever it might be -- more often than not, ESPECIALLY on low-budget productions, what you can do, and really should do - is follow the unfolding process and go with it. Make it a part of your scene, a part of your story.
Late last year I was doing a zero-budget short film on a handheld camera. The sound was awful -- but I allowed for it to be part of the film. In one scene, an actor kept getting distracted by all the sounds in the streets. He also does some directing himself and was very aware that his wonderful acting could have been lost because of the sound of some guy who randomly started drilling opposite us in the middle of the shoot. I solved it on the spot by saying, "don't worry about the sound, I'll take care of that, just focus on what you're doing. And if the sound bothers you, it'd probably bother your character too." With this permission, he went on to really make it a part of the scene. Coincidentally, I cut this scene from the movie but that was not for technical reasons, but because it didn't quite fit in with the final edit.
I have found this method of filmmaking to be essential to working on a low-budget - and more often than not, it's actually very liberating, and most importantly-- it makes scenes more natural. Rather than being ruined by location problems, you make them a part of what is happening. About five years ago I was doing a short film and the day before one of the actors phoned me, very upset, because he'd broken his ankle, so he could no longer do the movie. I asked him if he still wanted to do it, and he did, so I reworked the scenes a little; and his character was able to have a broken ankle. It's more realistic that way, after all - if someone in your real life breaks a leg, you don't drop them from your life; it just means things change a little. 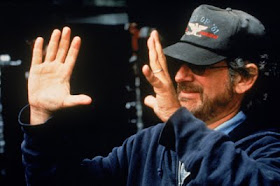 This more flexible and real approach to directing can have remarkable results. With the handheld-camera short I just told you about, I had one scene left to shoot - and it was a couple breaking up. However, I lost an actor the day before, and couldn't get a suitable replacement. In the end, I did a scene with just the actress; and found a way to still tell the same story, of the same break up. Most directors would reschedule- causing problems for everyone. As it turns out, that impromptu reworking of the scene led to it being my favourite scene in the film. It's funny how these things works out.

I'm not suggesting the Directors out there change the way they work overnight. And of course, sometimes scenes do need meticulous planning and every detail is integral to the unfolding story-- however, when problems are often being thrown at you, keep your eyes open, because as much as it is a problem it is also, equally, a chance for opportunity. A chance to use the very moment you are in to your advantage. And if you handle it right, it will show -- because what happens is so natural, and realistic - because you are directing and handling the scene in the way the world seems to be intending at that moment. Most actors I've worked with love this, because it becomes less like acting and more realistic and believable, because they are reacting to things that are really happening in the moment.
I'll end with one more example. Imagine you are unable to get a scene done because of the ole' classic "we're losing light!" -- well, depending on where your story picks up in the next scene, maybe you can do it in the night? 'But we have no lights?' - then do it in pitch black! Imagine how romantic a romance scene would be in pitch black, or how mysterious a mysterious scene would be, or how scary a scary scene -- there are always possibilities. 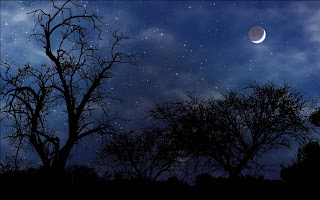 "NO, It HAS to be daylight! It has to be during the day because the next scene was shot in daylight and it needs to match up!" -- That, of course, happens a lot. So you have two options, a) Reschedule, re-rent equipment, make everyone miss a day from their jobs, etc etc, or b) shoot it with no light.
What do you do? Well, who knows, every film is different. But maybe you could shoot in dark and still have it as day-time. If it is an office scene, maybe the scene takes place in the basement where there are no windows. If it takes place in a field, maybe it's from the Point-Of-View of a character who is keeping his eyes closed. Who knows! Make the problem an opportunity-- and that way, everything will get done and everyone will be happy!
at 08:11
Share