Advice From Charles Chaplin - On Belief, Directing, And Persistence.

Chaplin is one of the few true geniuses of cinema. When I read the things he says about his work, I am always on the lookout for little hints as to what he did to bring out the best in his work. Any thoughts or beliefs he had - I wanted to explore them. Not only has he left a legacy with his films, but also his views on creativity, film directing, and the power of imagination. Here are some of my favourite Charlie Chaplin quotes. 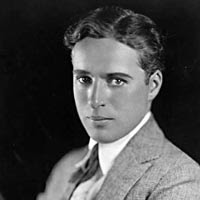 "Persistence is the road to accomplishment."
"I neither believe nor disbelieve in anything. That which can be imagined is as much an approximation to truth as that which can be proved by mathematics. One cannot always approach truth through reason; it confines us to a geometric cast of thought that calls for logic and credibility."
"I believe that faith is a precursor of all our ideas."
"I believe that faith is an extension of the mind. It is the key that negates the impossible. To deny faith is to refute oneself and the spirit that generates all our creative forces."
"Over the years I have discovered that ideas come through an intense desire for them; continually desiring, the mind becomes a watchtower on the look-out for incidents that may excite the imagination - music, a sunset, may give image to an idea."
On Directing:
"Simplicity of approach is always best."
"Photographing through the fireplace from the viewpoint of a piece of coal, or travelling with an actor through a hotel lobby as though escorting him on a bicycle; to me they are facile and obvious."
"When a camera is placed on the floor or moves about the player's nostrils, it is the camera that is giving the performance and not the actor. The camera should not obtrude."
On What We Now Know As High-Concept Event/Disaster Movies:
"The theme of most of these spectacles is Superman. The hero can out-jump, out-climb, out-shoot, out-fight and out-love anyone in the picture. In fact every human problem is solved by these methods - except thinking."
"It requires little imagination or talent in acting or directing. All one needs is ten million dollars, multitudinous crowds, costumes, elaborate sets and scenery."
at 09:10
Share