'Home Alone,' 'Ferris Bueller's Day Off,' 'Miracle On 34th Street,' 'The Breakfast Club,' 'Sixteen Candles,' 'Planes, Trains, And Automobiles' - I could name many more. John Hughes, to put it simply, is an iconic legend, whose creations are some of the most loved films of the 80's and 90's. 'Ferris Bueller's Day Off' defined the 80's, 'Home Alone' was my favourite film for years after it came out. I still watch it every Christmas. For me, 'Home Alone' and 'Home Alone 2: Lost In New York' are THE quientessential Christmas movies.

He passed away suddenly today at the age of 59 - of a heart attack whilst taking a morning walk. 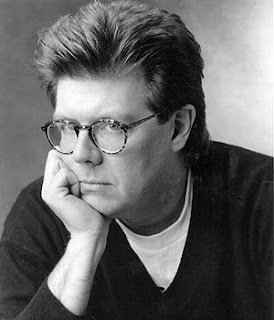 Variety.com reports that "In the last decade, he stepped back from the legacy he created to enjoy time with his family, maintain a functioning farm in northern Illinois and support independent arts. He is survived by his wife of 39 years, Nancy, two sons, John and James, and four grandchildren."

It's great to know that he left us a great legacy of truly brilliant, often heartwarming films-- and didn't feel the need to stick around in Hollywood cashing in everywhere he could. Instead, he made his masterpieces, and then became a family man.

RIP - John Hughes. 59 is way, way, way, way, WAY too young. The only comforting thing when this happens in our industry is to know of the legacy that has been left behind - and in Hughes' case; it's enormous-- and I am sure his work will mean something to everyone who reads this. What could be better than that?
at 15:56
Share