What impact can we have as filmmakers? And with impact, do we have responsibility?

I'm interested in whatever any of you might bring to this discussion -- be you a film director, a writer, a film-lover, someone who hates movies, or even someone who's never seen one. Whoever you are, I'd love to hear your thoughts on this. What is the maximum impact we can have as filmmakers? Can films really change lives? Can they make us act for social change? Can they change us for the better?. 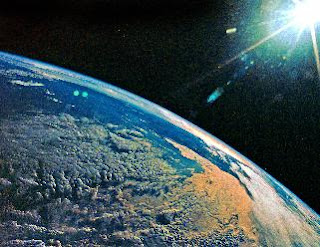 There is a lot of room for films as pure entertainment. Most of Hollywood's output is exactly that. But sometimes, we can do more. Whether it's a little documentary making you aware about a new topic, or 'Shawshank Redemption' offering you hope-- ocassionally, a film can have an important and influential effect on you. But how big is that effect? On a personal level-- has a film ever changed the way you feel about a matter? Has it ever inspired you to do something that you wouldn't have done without it?

Documentaries, of course-- offer us a direct line into an issue. But what difference do they really make? For example, if you take a look at Michael Moore's documentaries (especially the older ones) they brought a lot of issues to a wider audience, for example gun laws-- and for a while, it looked like he could change America. In fact, he was certain he would with 'Fahrenheit 9/11' - but he didn't.
Of course, the problem for Michael Moore and indeed for most documentarians who touch upon politics and issues, is that they are tainted by their persuasions. They are an extension of a journalist, or a politician; they're just part of the cycle of partisan politics. Even in one of my favourite documentaries, 'When The Levees Broke' - Spike Lee can't steer clear of politics. NOR SHOULD HE HAVE, but my point is that as a result of that, some viewers are going to feel polarized.
As fictional writers and directors; we are able to have a dramatic impact on audiences. Right now, films like the Harry Potter Series and 'Twilight' are watched and loved by millions of teenagers worldwide. Do the makers of these films have only the need to entertain, or is there a responsibility regarding the message and intended meaning of these films? 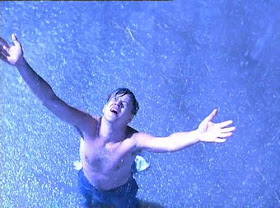 I don't wish to get into a conversation about whether violence in films causes violence in the streets -- I'd like to skim past that and look at it more positively; and ask--- do we have an opportunity to change the world, for the better, with the stories we tell? And how should we go about doing that? It's a tricky thing to approach. I remember watching 'Wall-E' in the cinema and being completely turned off because of it's overt messages about the environment. Yet at the same time I've watched many other films and enjoyed the political intent behind them. Does it come down to personal taste, or is there a way of storytelling that is appropriate? Do we know where that line is? 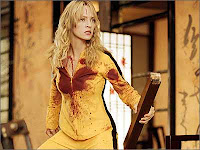 It's also worth addressing the fact that It'd be a shame to swing too far in the way of responsibility and political correctness. A film with absolutely no violence, no jokes pertaining to race or sex or sexual-orientation would be boring. It wouldn't be real life. Is it wrong to have pure violence? Is it wrong for Tarantino to rewrite the most important death in modern history? What responsibilities do we carry as people putting our creative ideas into the open?

I often feel a limitation as a writer. It's a ghost role that says 'You will only have a certain amount of impact.' And I just wonder, does that limitation really exist? I am unsure if a film has ever changed the world. And even if it hasn't, I'd like to believe it can. I'd like to believe that motion pictures could fulfill a role that is different to that of leaders, policy makers, and celebrities.
I'd like to facilitate an open forum discussion through the comments section below. I hope we can better understand each other and discuss our beliefs in terms of the true power of movies. What impact can we have? And with that impact, do we have responsibilities?
at 07:11
Share