SCREENWRITING PROGRAM: Chad Brown - How To Kill Yourself Like A Man

It's a common thing to knock people for working in jobs that kill creativity and passion. But sometimes, that's what you NEED! Take, for example, CHAD BROWN, from Studio City, California. "After 12 years in corporate America, I've finally found the chutzpa to pursue a long neglected passion in writing." Chad was a joy to collaborate with, because he was so engaged in what he was doing.

He made every amateur mistake in the book. Wrote 30 pages when we needed 15. He got lost and confused and drowned in his story. He struggled to to figure out the plot, and had 50 ideas when he needed one strong one.


But credit to Chad, he made it work. He referred to himself initially as 'amateur', but his work ethic, ability to edit his own material, and the creativity that flowed during the week, showed him to be anything but. Maybe those years in corporate America helped him after all. 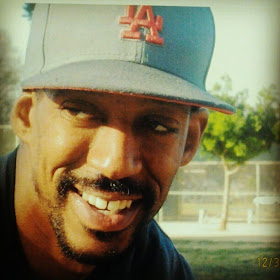 Tell me a little bit about where you were at before the program, as a writer.... ?

Before last week I had not completed a full screenplay (short or feature length).  Truth is, I had just recently discovering that I AM A WRITER (caps used for self validation purposes).  For the past 12 years I have worked in finance.  I never thought of my job as a "writing gig", but I've certainly done my share of technical writing over the years. However, from a creative standpoint, I had only begun to draft a few passion pieces.  I was grinding out pages in a vacuum trying to learn more about the craft and tools of the trade. Immediately prior to last week, I was stuck. I had ideas (didn't know if they were any good). I had drive (but no training). I had the beginnings of stories (but I was stuck).  I found the KITFR program late one night searching the web for inspiration, education and/or collaboration - and got all three.

Did you find the program helpful, and if so, how?

This was immensely helpful to me.  As I said, I was stuck. The program got me writing.  I wanted to write.  I wanted to write BAD. But I needed a nudge, some accountability.  Someone that would call me out if I didn't get it done. I'm used to deadlines and I perform better with a little pressure. This got my adrenaline pumping.  I went from idea to first draft in the first two days! 17 pages.  I had never done anything like that before. It was cathartic.

You wrote a lot of pages --- there were a lot of different drafts in the week. At one point I think you were close to 30 pages?

Yes.  I'm a little embarrassed about this since it screams "amateur", but that shoe fits me right now.  I wrote this piece stream of consciousness, or as I should call it "made the sh*t up as I went along" :).  And that's what I'm trying to change.  I want to outline, develop my story. I want my characters, conflicts, climaxes and resolutions laid out before me so all I have to do is craft characters and forward motion scenes.  I'm not there yet.  So, I write ALOT and then I'm forced to edit mercilessly. Like the adage says, "If you fail to plan, you plan to fail" and I almost did.  Up until the eleventh hour, I was still several pages long. I want to be a professional and I don't think pros do that.

At times I must admit, I found it hard to help you -- this is actually not something I've done a lot of; helping writers in very specific ways on their own scripts. Was my input always helpful, or did it distract you creatively?

Kid your input was sublime and inspired.  The first two notes you sent me proved to be exactly what I needed (for this and every other story I will write).  You told me 1) make it human and 2) simplify.  I got up to 30 pages because I wrote entirely too many ideas into my first, second and third drafts (and I tend to get WAY too descriptive - but we'll talk about that later).  Again, amateur mistake.  If an assignment calls for 15 pages, I need to know the pace and beat of 15 pages.  How it feels.  So I can write a story that fits the medium.  I began the week by just writing and ended up with a feature trying to masquerade as a short.  I needed to simplify.  Also, in my first draft, my hero was "unrelatable". He still needs work, but your note made me address his humanity and I got to know him better as well.  I feel like I could expand even further on his character in a feature now.

My juices REALLY flowed at the beginning (Sun-Wed) and the end (Sun).  Thurs - Sat were tough.  That's when I found myself getting stuck.  I had become attached to a story and character arc that couldn't possibly be culminated in 15 pages.  So, my dilemma was to choose between starting from scratch or clear-cutting scenes.  I chose a combination of both. I adjusted my premise, removed (and added) scenes and tried to simplify the overall story.  I hope I accomplished that.

How was the process of editing your script, of cutting it down to 15 pages?

I've never had to cut off one of my own limbs, but i imagine it feels similar.  I agonized over where to take (and not take) the story once it became clear that I couldn't get to the mark through technical edits only.  At the end I ended up dropping several themes that were present in earlier drafts, but I made 15! (Woo-hoo!)

Did you learn anything about yourself as a writer during this week?

Thank you Kid and everyone involved.  This experience has been priceless to me and it didn't cost a thing!!

Read his screenplay 'How To Kill Yourself Like A Man' by clicking HERE.