GREG MALINS is a extremely gifted comedic writer whose credits include episodes of 'FRIENDS', 'WILL & GRACE', 'HOW I MET YOUR MOTHER' and most recently, '2 BROKE GIRLS'. Deadline.com recently announced that Greg has signed a two year deal with Sony Pictures TV, where his focus will be on developing new material. 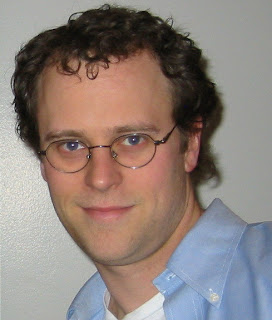 You have been involved in some really iconic television shows. After the success of 'Friends' you'd think it's impossible to sustain -- but then came 'Will & Grace' and 'How I Met Your Mother' - do you ever feel the pressure of what's come before?

I did on 'Will & Grace'.  That show was already on for a while so there was a responsibility to not screw it up.  And add to that I loved the show and it was created by friends of mine who I didn't want to disappoint, yeah I felt some pressure.  they're still friends so hopefully I didn't fuck it up too badly.

On 'How I Met Your Mother', I didn't feel any.  Being on 'Friends' was like winning the lottery.  And after you win, its not like you feel any pressure the next time you buy a ticket.  It's just so rare.  I came on that show second season and it was already a great show.  As with all second seasons, its about deepening the characters and expanding the world and I was lucky and happy to be a part of that.  But then, the ratings started to rise and more and more people were talking about it, then a Emmy nomination.  That's when we really started to feel pressure.  But before that, it was just about making the best show we could, hoping people would watch and connect with it.  And oh yeah, the cast was and is amazing. 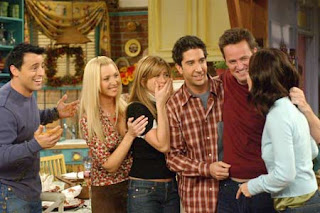 You have a 'story' credit on an episode of 'The Wonder Years' - how did you get involved in that show?

I had a writing partner back then and we just went in and pitched story ideas to them.  They were famously hard to sell to.  But we went in and in our first meeting pitched "Kevin gets drunk for the first time at a wedding."  It was more detailed than that but they bought it.  It was so exciting.  We loved that show so much.  We wrote the outline but then got our first staff writing job, so we weren't able to write the teleplay.  That job was a show called "Great Scott."  Don't remember it?  An amazing cast for a cancelled show.  Toby Maguire and Kevin Connelly.  It's where they met.  They were great even then.

Who are your biggest influences?

Has to be Marta Kaufman and David Crane.  They taught me how to write.  And produce and deal with actors and so much more.  Jimmy Burrows was great to watch as well.  You can learn a lot watching him direct.  And then much later, last year in fact, I learned a lot about writing and show running from Michael Patrick King.  He's pretty amazing to be in a room with.

What has been the most hurtful rejection of your career?

There's nothing worse than spending a whole year writing, casting and producing a pilot that doesn't end up getting picked up.  And the one that hurt the most was passed on just a few weeks ago.  Still hurts.  Thanks for bringing it up.

What is your next project?

Don't know yet.  I decided not to be on a writing staff this year, just focus on writing a pilot.  It's tough, I've been in a writers room for the last ten years.  I won't laugh as much this year but hopefully it'll be worth it in the end.  I know it's greedy but I wanna win the lottery again.
at 16:50
Share