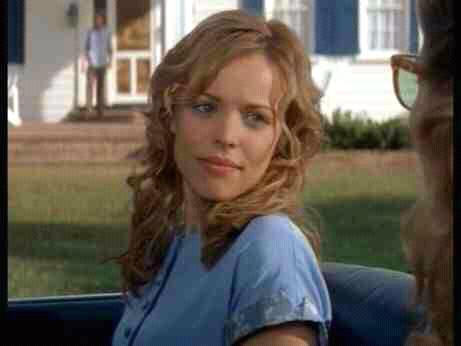 'The Notebook' is one of those films that a lot of people call their favourite movie and a lot of other people say "uh, It's boring". That's when you know a film is really something, when it has groupies. And I don't mean the type of groupies that 'Twilight' has. That was hyped and sold by the studios & then bought by the teenagers.

But 'The Notebook' affects a certain type of person. Its following built up over the years (and it only came out 7 years ago).

The idea behind the film is that love is the guiding principle of our lives.

The reason most of our lives are a mess is that we can't figure out what it all means. A good movie gives us answers. The main concern of the characters in the movie is their relationships. The love they feel. Everything else is secondary, and for two hours It's the same for us.

The best films aren't realistic, people get that wrong. The best films present an idea, they paint a picture, and they convince us It's real. 'The Notebook' convinces us that love conquers all, that love can achieve anything. There are those of us in the world who, despite evidence to the contrary, believe that love is what matters. How we held onto this notion before cinema, I really don't know.