Forrest Gump is one of those rare films that truly captured the imagination of the world. You can never predict when a film is going to do such a thing, nor would you really want to. Producers are always putting the 'elements' together; big stars, directors with track records, and safe storylines. With Forrest Gump - you get the feeling that wasn't the case. And even if it was; the success of the film and effect it has had on the world could never have been planned, or expected. To realize just how much of an effect the film has had-- go to a busy place right now and, after a few moments-- start running. You will undoubtedly hear, "run Forrest, run!". As anyone who likes to go running will confirm, this is not a rare occurrence. 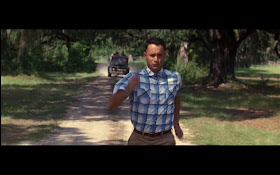 So what is so special about Forrest Gump? I feel an important place to start, when looking at Forrest Gump the movie, is to look at Forrest Gump, the character. To just say "he's simple," is to make a huge mistake. Within this simpleness there's a man who has strong morals, unyielding loyalty, and a heart of gold. What is striking about Gump is how he is void of prejudice and judgement of those he loves. Throughout his life he accepts Jenny for who she is. Often, through not knowing or understanding the predicaments she is in, but also because-- he sees past them. Likewise, his admiration and respect for Lieutenant Dan doesn't change after he becomes disabled. The film touches upon issues of race, throughout-- but with Forrest and his friend Bubba, it isn't a factor. So much so that when Lieutenant Dan asks them, "Are you twins?" -- Forrest's "We are not relations, Sir" is said without irony. For Gump, the reason why it's obvious they're not Brothers is because they're not related, not because one's black and one is white. 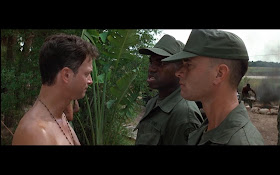 Diversity is a big theme throughout the film. Not only with race; but even around the subject of disability, both mentality and physically. Lieutenant Dan is often angry at Forrest Gump, but never because of his IQ. One of the most profound moments of the film is when Dan and Gump take two girls up to their room; and Lieutenant Dan kicks the girls out the moment they insinuate Forrest is "stupid." It's profound because, we realize, the beef that the Lieutenant has with his friend is not based on his 'simpleness' or any of his character flaws; but merely, the complexity of the fact that Dan felt it was his destiny to die in battle, like all of his family - and of course Forrest was the one who stopped him from doing so, by saving him and leaving him crippled.

If Forrest is simple, and all of us with the privilege of fully functioning minds are the 'normal' and complex ones-- then it seems that what Forrest is lacking is the prejudice and hate that most of us carry around day to day. Like, for example, the student who is angry that they're letting 'coons' into the school, or the peace activist whose peace doesn't extend to Jenny, who he happily beats when he feels like it. 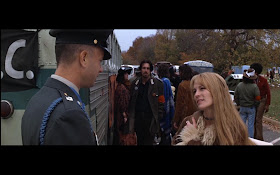 I've read and heard many thoughts on the film before, where people have talked about how Forrest stumbles from opportunity to opportunity, through sheer luck. This is true, to an extent, but it's not the whole story. For example, it was sheer luck, or perhaps misfortune, that a man from the army handed him a leaflet-- but it wasn't luck that Forrest went back and saved all his comrades, or that he was consistently loyal to Lieutenant Dan. It's not all luck, it's not all chance. This is the beauty and complexity of the film--- the linking themes of chance and luck, mixed with the destiny you hold in your own hands. 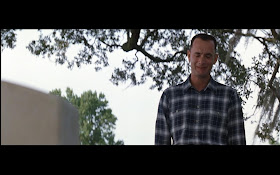 "I don't know if Momma was right or if it's Lieutenant Dan. I don't know if we each have a destiny, or if we're all just floating around accidental-like on a breeze... But I think maybe it's both... Maybe both is happening at the same time."
-Forrest Gump
We can never really know why films connect the way they do. If someone could figure it out, then they'd be making magical films every single day. One thing we can be sure of - is that is certainly not happening. With Forrest Gump - one thing is for sure; there is a certain magic to it. A mix of talent and luck and accident; something came floating along the ether and landed in this film. You could analyze it to death and you would still miss something, because it has a magic within it that can't be named or labelled.

But there are things we can know by watching it. Forrest Gump, for all his simplicity, is really the type of person we all want to be. Someone who can see the finer things in life, someone whose preoccupations are friendship, love, and life. We'd all like to go for a run on a whim, or start up a shrimping business purely because we promised it to an old friend. Forrest lives the life few of us dare to. Whatever our excuses; be they work, life, family, lack of money, disability-- Forrest doesn't have them. With his last dime, he bought a shrimping boat. At a time when he could have focused on earning more billions, he instead decided to cut grass simply because he liked doing it so much. He makes life look easy, by making the difficult decision to do what he says he's going to do, when he says he's going to do it. And whilst most of us would agonize and analyze over why we do or don't do a thing, Forrest just gets on with it.
VARIOUS REPORTERS
Why are you running? Are you doing this for world peace? For the homeless? Are you running for women's rights? The environment? Why are you doing this?

FORREST
I just felt like running.
The most incredible parts of the film are the extremely tender, personal moments-- moments where there is suddenly an overwhelming, yet not over the top, sense of emotion. I can't think of many films that have achieved this in such a subtle way. And this is where those 'elements' really earned their money--- the expert direction of Robert Zemeckis, the beautiful music of Alan Sylvestri and the genius of Tom Hanks.

An example of this is when Forrest visits Jenny, and finds out he has a son. Forrest steps back, almost losing his balance. The way Tom Hanks handles this is impeccable. Whilst his performance might be memorable for more obvious moments, his acting in this scene shows why he deserved his Oscar. As Forrest stumbles over the question that scares him so much, "But, is-- is he smart? or is he..." - Hanks' is able to say so much, by doing so little. His body language, the awkwardness in his eyes and the way his tone of voice changes--- he brings a truthfulness and a vulnerability to the moment which is so rare in movies, but is essentially why most of us keep watching them (in my website header I say I am looking for a piece of me staring back at me, it's moments like this I'm referring to). You can't write these moments, you can't even really direct them and you can't purposefully act them. You can just get the right people involved, in the right place, at the right time; and if you're lucky, you get magic like this. (Skip to 2min 50sec if you want to get straight to what I'm talking about.)
Back to my original question - why is Forrest Gump such a special film? I really don't know. But it is. The movie takes us through some of the most iconic moments of recent American and World history, and touches upon difficult topics such as war, race, sexual abuse and a whole seas of prejudices. If the film teaches us anything it's perhaps that history is not a static thing. It plays out differently depending on the perspective it's seen from. And looking at the journey of Forrest Gump, it reminds us that we are present in the world. We can make a difference. And maybe simplicity, kindness, love and courage are the important things after all. 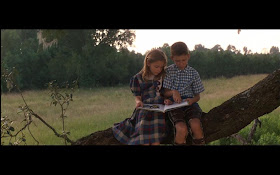 "My Mama always told me, that miracles happen every day. Some people don't think so, but they do."
-Forrest Gump
at 09:14
Share