There are writers who are good, writers who are great, and mostly; writers who are okay. And then you get someone like Roxy May, a writer with a bit of magic. Where she got it from, it's hard to know. Did she steal it? Does she deserve it? Does she know she has it? I don't really know the answers I just know that when she puts pen to paper it has the magic in it. I can say that about four people and one of them is Billy Wilder. What I like is that the things she says sound like real words and real feelings - not like somebody trying to come across like a good writer.

Roxy May is a 29 year old writer/director who spent time living and working in L.A and New York; but has now returned home to Dublin, Ireland, where she is writing her first feature screenplay. Keep an eye out for it.. 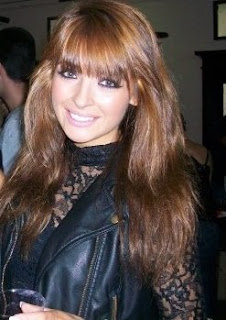 You Live Your Movie & I Shall Live Mine
By Roxy May
Hey folks, so I’m the girl in the front row who steals the kid in the front row’s popcorn. Yes, I’m a girl and he’s a boy and that’s what we do to get attention; even if we are only 10 years old in our imaginations. I take some from him, he takes some from me, back and forth, hands grabbing every last buttery salty piece until the yellow bucket of yummy gold empties out and all we’re left with are just a few measly seeds that never got to pop. Suddenly as the trailers come to an end and the energy in the room grows silent with anticipation for the big presentation, the kid and I look to each other with one thought, “No more popcorn”. The game is officially over. The two kids couldn’t even wait for the movie to begin... 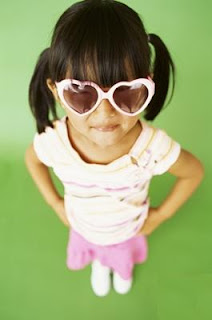 Some would say we were too hungry, some would say we were never taught how to be patient and some would simply say that's just. One minute you have something, the next you don't. But what if I was to opinionate that the popcorn we were stuffing our faces with was somewhat parallel to the chances we all courageously take to fulfill our dreams. That the life changing choices we take every day ultimately create our destiny that in turn ultimately produces and directs our very own movie’s for the world to see. You see, the popcorn always runs out but our imaginations are never ending seeds of magic. 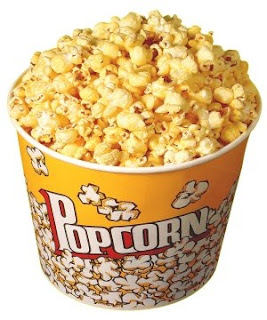 You see this girl in the front row understands something. In her little fun creative carefree soul she knows deep down that every time she pays $15 to see a movie, she’s actually investing in her very own scripted feature film. You might want to read that once more. Basically until you understand the key importance of investment, in all areas in life, you will never understand life itself; Which is why both kids are always searching for the right moments to be taken, the right people to bump into, the right connections to be made and build on and above all the right door to open, so they can one day look back at their childhood lives and think wow, we really made it happen didn’t we. We really made our dreams come true. But what exactly does it take to make our hopes and desires a reality and why do so many people have a say in how we go about it, even if it makes our spirits soar?

The truth is everyone has different lives to live. Everyone has a different path to follow and unique ways to going about their purpose. It's OK if you don't know what your purpose is yet, but what ever you do keep searching for it. I guess what I'm trying to say is: my movie is always going to be different to the Kid In The Front Row's, my leading man (the man i hope to end up with) will be different to his leading woman, my scenes (my every day situations), my dialogue (my chit-chats with friends, conflicts and emotional times), even my ending (the day there's no more life to live) will always be my own.

There are millions of people roaming the earth with millions of thoughts going through their heads. Will I sell this new script I’m writing and working so hard on? Will I get this audition that could change my life forever and will I be happy with everything once I achieve it? But what’s the difference between somebody turning a thought into action and actually getting that step further to somebody throwing it all away because they didn't believe they could do it. It takes courage.

Fear is our only enemy.

Even if you’re not in show business and just wanna get the courage to propose to the woman you've always loved. What’s to say she won’t say yes? She may not like your beer belly or any annoying habits you may have but the way you make her heart skip a beat she may want that feeling inside her till she’s old and grey. Who knows? The only way you will know is if you try. And try never hurt anybody. It may be scary but the outcome is worth it in the end. That's the risks we must take.

Kid In The Front Row points out in his blogs each week how he will always keep trying to be creative, always keep trying to be his best and keep trying to achieve the success he wants even when people still manage not to understand where he’s coming from or what exactly he's trying to do. So what if he wants to be the next Steven Spielberg, if he’s not hurting anybody let him try. Do you think Bill Gates cared what others thought as he sat hours upon hours sitting in his bedroom playing around with his computer? He had a belief system that said over and over again “no matter what…I’m gonna do this,” even if the cool people are out hanging around street corners slagging him off behind my back. Who’s cool now eh? Just like Spielberg, Gates had a vision and just like his own movie executed his direction. He created his own script, edited his own scenes and shot his own footage by choices and decisions for his own good. For himself. So when somebody, a random old friend gets in touch on Facebook and asks you “hey buddy, what you up to these days” simply reply…”Oh you know, just doing my thing…building my dream, working hard to get there…(followed with a big smile).” 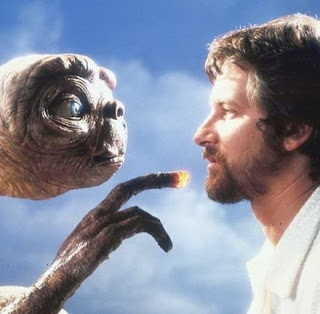 Nothing in life needs an explanation if you're on the right path and being a good person. This chick in the front row knows a thing or two about a thing or two and on her own personal quest to create stories worth talking about she thinks as she glances to her friend Kid In The Front Row….”So what if the popcorn's all gone, we’ve just invested 2 hours in our future…and that’s what it takes….” Meaning the seeds that turn into popcorn is the imagination in your mind, and once your imagination pops, the opportunities will always arise. Opportunities mean success and success means happiness. If that’s what you want to believe. Or you can be like me and start being happy now….and in my personal experience happiness means being in the moment, and pursuing what matters to you most and if you do what you love, the rest will surely follow.
at 16:00
Share