I really love music. I love that my iPod broke and that I lost thousands of songs. Now I use my iPhone, with a much smaller capacity - and carry around only a couple of hundred tracks at a time. It takes me back to the early mp3 player days when I could only fit 30 songs on it. It's getting me closer to the Kid By The Speaker who used to stay up later than his parents realized - scanning through the radio waves for a song that sounded how I felt.

I used to make cassettes once a week, 90 minutes of pure greatness - I still have most of these tapes. I had no prejudice or snobbery when it came to my choices. It could be Nirvana or Led Zeppelin, or it could be Hanson or ABBA. I just loved good music.

My love for music had different stages. The listening to Mum and Dad's Rod Stewart and Tina Turner records was the first stage-- followed by a brief foray into really predictable chart music. This left me unsatisfied and soon led me to a local, and now defunct record store where I would ask 'do you have the first Beatles album? Is it any good?'
I loved Motown music. It seems that anything by anyone who was Black in the 1950's, 60's and 70's is my kind of music. I could relate more to Otis Redding and Sam Cooke than whoever was in the charts in the 90's.

By the age of 14 I was a working DJ. Specializing in 25th Wedding Anniversaries and 40th birthday parties. I just knew that kind of music. I went into partnership with a friend who had free access to equipment and we began working fairly regularly, although we ended up booking more school discos and 18th birthday parties than anything else.

Being a lover of great music and already, at that age, someone who enjoyed integrity more than money-- I quit. The youngsters were asking for 'garage' music (a style of music prominent in the UK in the late 90's) and it was something I just couldn't get into, it didn't excite me.

At this point my musical tastes changed. I remember very specifically searching for cover versions of Oasis songs, who were my favorite band at the time; they were, of course, a natural progression for a fifteen year old Beatles fan. My search for cover versions led me directly to a version of Counting Crows covering 'Live Forever.' Or rather, of lead singer Adam Duritz sitting at the piano playing it solo. I was really moved by the performance. He changed the tone and meaning of the song. I searched Napster for more Counting Crows music. The first song I found was an acoustic rendition of their song 'Round Here' (the version on the Storytellers disc). Less than six minutes later I had a new favorite song, which it has remained to this day.

From my mid to late teens my music tastes veered strongly towards the works of singer/songwriters. The usual suspects became my favorites; Springsteen, Dylan, Ryan Adams, Joni Mitchell, etc. Who can speak my dreams better than The Boss? Who can console for heartbreak better than Ryan Adams? Who can express what it is to feel lost or alone better than Adam Duritz? The answer to all of those, for me, was and is: no-one. Their words and voices have sung my life for over a decade and I don't know what I would do if I couldn't have Springsteen pick me up or the Crows to make me feel understood. 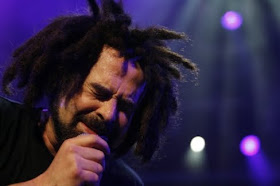 In the last year or so, I've felt my music needs changing slightly. I've developed a love for a community based Jazz radio station in New Orleans, WWOZ. 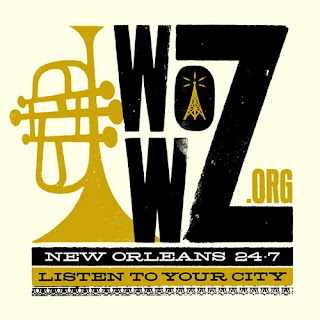 Hearing them play old and rare jazz records is really something special-- almost magical. It worries me -- the flood of teen sensations and game show winners who populate popular music today; they make it harder and harder for a youngster today to hear the genius of some guy on a saxophone from 1935, or the heart and soul of a live Aretha Franklin recording.

At the moment - I seem to be listening to a mixture of film soundtracks (okay, mainly just Ennio Morricone, who is simply incredible) and I'm also reconnecting with something I've always had a soft spot for: women and pianos. Joni Mitchell, Vonda Shepard, Sarah Mclachlan. I've always loved that stuff. Gives me some balance, I think.

What the future holds, I don't know. I listen to music differently now, not quite as obsessively (I have over a 100 versions of certain favourite songs...), and I feel the scattering of my collection on near extinct formats and numerous hard drives means I almost don't have as much choice and simplicity when finding music as I used to.. But I still love it all. Right now, as I sit on an airplane somewhere above Europe, 'Ooh La La' by The Faces just came on my iPhone player, and that alone has made my day. That's why I never understood why people argue about who the best band is, or what song is the greatest; for me, it's something much more personal. It's hearing a song at the right time, in the right place; and the result being a big smile and the feeling that maybe life is worthwhile after all. That is exactly why I love music.