The election campaigns are hotting up. They're promising 'change' and 'big ideas' and doing it by bad mouthing the other guys. Just the other day, David Cameron, the leader of the blue lot, said "I am going to redouble the positive. I am going to accentuate everything positive." In the same speech he called voters "desperate" for considering the yellow team and hurled abuse at the grumpy dude in the red corner for something to do with "fudge" and spending everyone's money.

The British electorate have been accused of being apathetic - but I challenge the Politicians to hand any voter a gun and then stand together against a large wall, the results would not be apathetic.

Anyways - I would like to announce that the Kid In The Front Row will officially be endorsing JED BARTLET. 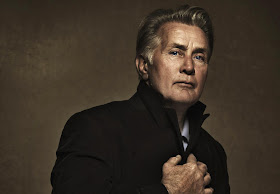 "You know, I was watching a television program before with a sort of a roving moderator who spoke to a seated panel of young women who were having some sort of problem with their boyfriends, apparently because the boyfriends had all slept with the girlfriends' mothers. Then they brought the boyfriends out, and they all fought; right there on television. Tell me: These people don't vote, do they?"