Is The Devil Responsible For Unpaid Casting Notices?

The person casting the feature film and not paying actors is probably not actually evil. Their intention in making a movie is, in all likelihood, not to make life miserable for struggling actors. Unfortunately, some actors are a bit paranoid and convince themselves that the world is out there trying to make me do deferred payment roles which means I will never earn money ever and all directors and producers are evil. 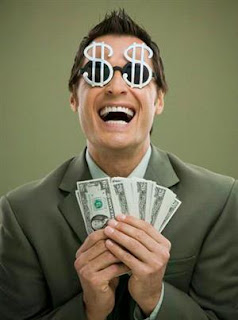 Rich Producer.
Sure, there are people out there who can afford to pay actors, and don't. Here's what you do: don't work for them. Or do work for them; whatever, it's your choice. However, most people aren't like that. It's very rare for producers to sit around saying "oooh, I know, I'll take $50,000, you can take $40,000, we'll give the production assistants $5,000 a day and the actors will get ZERO, ever." This kind of practice is rarer than a good Ashton Kutcher performance.

The reality of it is - unless you are on a big budget, things are tight. Money is needed in other areas, before paying ANYONE. This is the shopping list, with some small notes.

A Camera: Without renting a camera and filming, it's much harder to convince distributors that the film exists, or is any good.

Costumes: Without buying/renting/making costumes, the actors are left in their underpants. Which is fine, but looks a little odd when you're making a film about the Iraq War. Although, the Avante Garde crowd may find it revolutionary.

Locations: Without securing locations, you are often left filming in the room where you keep the camera equipment. Unless you can't afford a camera because you paid the actors, in which case: there is plenty of room in the room where the camera isn't and you can use it for various set-ups.

Travel & Food: Feeding everyone on set, as well as paying for them to get there and back is of key importance - this soon adds up to the thousands on a feature. When your budget is $8,000 - most of this will go on this very thing. Of course, you could just pay the actors a small fee instead, but then you'd have to leave them in one location, the camera room room; where there is no camera, and everyone is in their underpants.

Here is the reality: People don't have any money. The films you are applying for. i.e., the level, professionally, where you struggle to get paid - is equal to the level where producers are desperately trying to put a project together with precious little money.

Again, it's very very very rare that everyone is getting paid and huddling around in little corners mocking and laughing at the actors who are the only ones not getting paid. Actors, Producers, Directors; they're all the same, they all want to get paid for their talents. The difference is that the actor shoots their part for three days, the Director is on the project for nine months. Nine months of not getting paid is, more often than not, worse than three days of not getting paid. "But it's the director's project, that's his choice," you say - yes, just like it's your choice to produce your own projects if you're not happy! 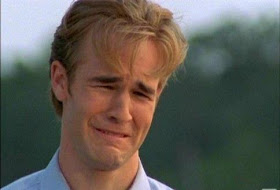 Crying Actor.
To clarify: When people can afford to pay actors, or anyone else on a set, and don't. That is bad. In this instance, how will actor's afford their new headshots? However- in the bigger scheme of things; when something is unpaid or deferred; it's usually because someone is passionate about making a film, casting you in it, and doing something special. It's rare that they're in their homes plotting to short change actors.
at 16:19
Share