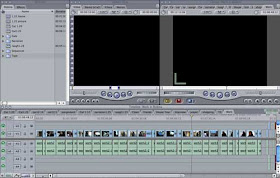 Your friend who's an actor tells you everything is great, brilliant, apart from the acting, which is really bad and "by the way, I played a drug dealer once and you should have cast me as the drug dealer." You remind them the drug dealer in this film is 9, with a moustache, which is different to the actor giving you feedback who is a 24 year old model. But they say "I can play a drug dealer." So anyways, you say thanks and off they go and you begin to cry because your film has really bad actors.

So you find alternate takes and alternate music and put them all in. And then you show it to your best friend, who politely says "What the fuck? Aren't you famous yet? Hasn't Spielberg phoned? After all these years nobody has really cared about what you do so isn't it time you got real and did something productive with your life?" You take their feedback constructively, and fill out a McDonalds recruitment form. 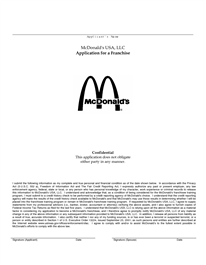 And then you show your family the film and they say "This is amazing! You're our little star. It's wonderful. You're special!" - so you immediately feel confident and loved again, and ignore the fact that anything less than special that you do from now on will make you feel inferior and a failure to your family for the rest of your life.

So now you're rolling again and ready to release your mini masterpiece. And then you show it to the dude on Facebook who wants to make a movie, and he says "I really liked it. I especially like your liberal use of film language, and the way you playfully made things nonsensical and abstract, I especially liked your use of bad wind/microphone noises and I loved the way you wrote really bad dialogue and were okay with that." You say, defensively, "when did you ever make a film?" - And he says "Shut the fuck up, it's been four weeks and McDonalds still haven't got back to you."

And suddenly you realise that nobody knows anything. Especially you. And that actor you love, it turns out they may be really fucking awful. And that actress who couldn't act, turns out maybe she's the most realistic one in the film.

Nobody knows anything. If you show the film to thirty people, there'll be thirty people to tell you what's wrong with your film, and thirty people to like things about it that you didn't even think of. Aside from 'The Godfather' and 'Shawshank Redemption' - it's been the same for every film in history. So all you can do is take one final look at it and then declare it as the final cut.

Then it's time to get those pennies you earned at McDonalds; get some envelopes and stamps, and enter some film festivals. And then, eventually - something good might come of all this.
at 15:33
Share