Good dialogue to me is like dancing. Likewise, bad dialogue can be as embarassing as seeing your parents dance. There's a rhythm to good dialogue. In a film like 'Manhattan Murder Mystery', where Woody Allen was really on-form, the one-liners just keep coming, and they fit so perfectly into the mouths of the characters that you just can't help but be swept away by it.

I've heard a few people say that Aaron Sorkin writes realistic dialogue. Give me a break!. Here's a little piece of Sorkin genius: 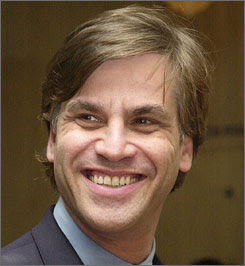 Now, I LOVE this sequence - but is it natural? is it realistic? Of course not! But it's still great dialogue. So, whilst many people talk about loving natural dialogue; I strongly make the case that natural dialogue is bad dialogue.

Maybe I am speaking from a comedy point of view. My favourite writers tend to be those who write comedy. Look at Diablo Cody's 'Juno'; that film was hilarious, and within it held many truths and many things I could relate too; and in that sense -- perhaps you could say it was realistic. But was the dialogue itself realistic? Honest to blog - no, it wasn't.

For my money the greatest dialogue writer of all time is Billy Wilder. When I watch his films or read his screenplays I could literally cry with joy. For anyone who likes to read, or live - I beg you to read 'The Apartment' screenplay. It is PURE magic.

Billy's screenplays were not about realism. They were about something more interesting than that. In Billy's films we could learn a lot about his characters and a lot about ourselves. His characters feel like reflections of who we are; I feel like I know them, I feel like I could be them-- this is the magical world that Billy and his writing partners would create. But it's not REALISTIC dialogue, it's not NATURAL. 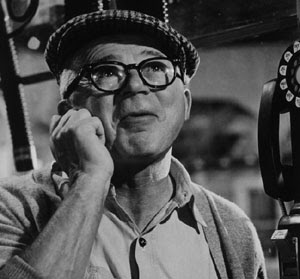 By the way, here's my all time top piece of dialogue, it's from 'Double Indemnity'

The first time I saw 'Double Indemnity' was at a packed screening at the ICA in London. Everyone loved at the Medford line, it was hilarious. But as we left the screening, I heard people talking about how natural Billy's dialogue is. And I just don't get it.

If Sorkin, Allen, Cody and Wilder's writing was natural would it be interesting? I think not. To call the dialogue natural is to do them a great disservice. They do something far more entertaining, moving and important than that. They do movie dialogue, and they do it better than anyone else.
at 11:53
Share