I wonder what his music would be like if he was still recording. Hard to think about, partly because he seemed to release more material after death than when he was alive anyway. Strange how things go when artists die, the loss and incompleteness somehow turns into a full story, as if it was meant to be. 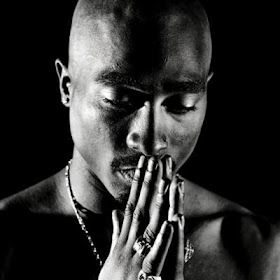 That's a horrible thing to say really. But there was something poetic about the short lives of Jeff Buckley, Ayrton Senna, Bill Hicks. Maybe that's just what we tell ourselves to make sense of it all. Certainly, it doesn't happen every time. The recent losses of Winehouse, Houston and Michael Jackson just seem messy and confusing, the worrying effects of excess and fame and lifestyle choices.

Tupac left a profoundly moving and beautiful legacy. It's impossible to box him as one thing. He was an artist; a rapper, a poet, an activist, a criminal. He treated women awfully and he treated women wonderfully. Just listen to 'Dear Mama'.


The greats are always a giant paradox. He was a bad role model, yet a fantastic role model. He gave voice to the unvoiced. He shared stories that the mainstream had never heard before.

And he still resonates.

What does the average person think when they think of Tupac? Maybe it's guns and crime and all the worst black stereotypes. But you have to listen, REALLY LISTEN to the music. The sweetness, softness, tenderness; it lives and breaths as much as he did, and it's more than fifteen years since he left us.

He cared about the world, he cared about his community, yet he partook in the darker parts of it. That may have made him a bad person to the media and police, but you can't deny that it made him AN ARTIST. He was IN IT. He lived it. You don't write 'Brenda's Got a Baby' without caring about the society you're in. You don't write 'Life Goes On' without having a giant care for the lives of those around you. 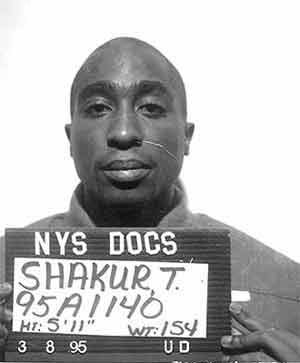 Was he perfect? No. Was he a bad guy? Probably. But was he also fantastic? Indisputably.

His influence has inspired a lot of crap, it has to be said. It's like "Jaws", people kept making films with big monsters but forgot to have the guys sitting around talking about the Indianapolis. People hang on to the wrong things.

Whether it's Spielberg's "Jaws" or Tupac with "I Wonder if Heaven's Got Ghetto", the important thing is the story. Tupac's story is an important one to hear.