Creativity in the Digital Age: The Currency Of Expertise

The film industry used to be very exclusive. It was run by a select few. They still want it to remain this way, but things are changing. The Internet came along, and DV tape, and cracked software, and DSLR cameras, and Twitter, and streaming, and a million different things that put the tools into the hands of the people.

The problem with enabling everyone to make films, is that everyone makes films! We get flooded with material, and most of it is terrible.

A big problem with art in this era is how people perceive success. I talk to teenagers who want to be Hip Hop artists, they talk about driving big cars and 'making it to the top' when they 'get discovered'. They think It's about the attitude and the bling. They think they'll get discovered and someone will pay for everything and make them rich and famous.


"There are potentially more talented writers and directors than I working in shoe stores and Burger Kings across the nation; the difference is I was willing to put in the nine years of effort and they weren't."
-Frank Darabont
If you have talent, you're lucky. If you think it entitles you to anything, you're crazy. I know talented writers whose screenplays are terrible. I know very good actors whose performances don't quite work. The thing you need to realise is that being an artist takes time, it's about longevity, business-wise and talent-wise.

Every success or failure helps prepare you. Those who've been at it a long time naturally build a wisdom, a gravitas. We improve.

That being said, it's not just enough to be in the game. You have to be passionate and you have to be pushing yourself. Expertise in filmmaking comes when you are consistently producing work, watching movies, and striving to improve. When you look back at the early work of your biggest influences, you can see them working towards becoming who they'd end up being. If you look at Tom Hanks in 'Bosom Buddies,' and then in 'Splash,' and 'Big,' and then on to 'Philadelphia' and after that look at 'Saving Private Ryan,' you see the growth of a performer. Yet, it didn't start with Bosom Buddies. It started when he was much younger, studying and working in the theatre. He found something he loved, and he worked at it. It took years,  as it always does. 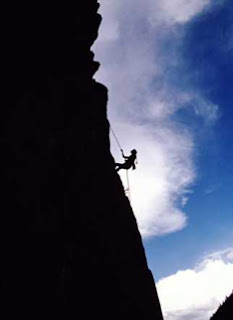 Anyone can pick up a camera and make a bad movie. It takes perseverance to make a lot of them, to learn to adapt and fine tune your skills. We get too caught up in the Spielberg story; about a kid who snuck into the studios when he was 17 and took over the industry. That may have been true, but you shouldn't cling on to that tale. I've been on low-budget shoots where an actor has talked about their aspirations, but done it in a way where they're putting down the small film they're on, because they believe they're destined for greatness, that this is just a stop gap. But what is greatness? For me, some of the best moments of greatness come from the tiniest of films. Art appears everywhere, at any time, and in 2012 (and beyond), one single camera and an actor, filming down your street, may be enough to produce something of brilliance.

It could also be terrible. It probably will be terrible. Why? Because everybody can produce work now. Ever met a 22 year old with a film idea? They speak with certainty that it's a great concept, absolutely masterful. They get much quieter after the final edit, or after the first screening -- because they realise how tough it is to do good work.

With Social Networks, we are inundated with people's projects. They suffocate us. Nobody cares about your project at first, because they only have time for greatness! It's like when someone sends you something on Facebook, you resist clicking on it, you read maybe two lines, or watch ten seconds.

Most things that come our way are a waste of time. Life is filled with the irrelevant. But if you are amazing, people will pay attention. However; AMAZING doesn't just drop out of the sky, it isn't an accident, it's the result of a commitment you make to producing great work, to not leaving things unfinished, to stretching yourself to work with new collaborators.

In the age of Twitter, averageness suffers. Ten years ago it was easier to do something mildly okay and get a bit of attention. Now the information flows much quicker. There's an endless stream, and people respond only  to greatness, uniqueness, brilliance. And they love when things are heartfelt and resonate. The Internet truly is democratising art; we're getting more choice, and the big corporations who owned our entertainment don't hold the power they once did. The show 'Arrested Development' is coming back. It was a small, unsuccessful (ratings-wise) comedy sitcom. The show's fans were obsessive, because they knew it was magic -- a once every thirty years kind of thing. The fans pestered the creator and actors and producers, every chance they got. Jason Bateman and Michael Cera went on to star in big films, but at every press junket or Q+A, the people would always ask "When is Arrested Development coming back?". This has happened because of the Internet; because the audiences have more power now, and because people prefer Netflix over the TV networks. The show reached greatness. Not by the old paradigm of ratings and advertising revenue, but by the fact that it made people fanatical. It reached their hearts and they demanded its return.

Focus on expertise. Get better at what you do. Don't look for success or your big break. Look to improve. Find your uniqueness and work on it. That thing people like about what you do; make it truly your own and master it. Look at Jason Bateman, Kristen Wiig, Diablo Cody, the Duplass Brothers; they're not successful because they found luck. They're successful because they've been at it for years. Kristen Wiig didn't appear suddenly on SNL and in 'Bridesmaids', she put in the groundwork for years and years, and now she's a stand out comedienne, there's no-one like her.

The Internet is flooded with content, and as a result: no-one cares about your work. The media dumbed us down and convinced us to watch crap for a lot of years. It's fair to say, as a culture, we lost our way a bit. It convinced us as artists that the key is marketing, branding, being noticed.

Turns out the key is expertise. People will clamber to work with you if you know what you're doing. Work towards excellence, not celebrity or money; because the world is becoming impervious to advertising, we're starting to think for ourselves again - we want to see and be a part of greatness.
at 12:32
Share