It's so matter of fact. Eddie is saying "It's okay, I have a broken heart, that's all, I'll deal with it."

That's exactly how it is in real life, but art rarely captures the feeling. Ask a screenwriter to write a scene about a broken heart; or ask a singer to sing a song, and you'll get the dramatics, the worst-day-ever scenario.

That's why people love Eddie Vedder, he's a true artist, and he goes a different way. 'Broken Heart' is numb, simple, to the point.


I'm alright.
It's alright.
It's just a broken heart.
When I'm directing actors, I often say something along the lines of "The dialogue already tells the story, so you don't need to add to it." The point being, if the line is "I have a broken heart", you don't need to act broken-hearted, you have the opportunity to go another way. You can say you're broken hearted, but show that you're confused, or distracted, or pretending to be happy. That's why soap operas are boring -- they give you the information and then they dramatise it. They give you the sum, they tell you what it adds up to, and then they give you the 'how to' manual and make you watch it on repeat six times.

The greatest artists go a different way. That's why Billy Wilder was famously known for mixing the sweet with the sour. That's why Robert Downey Jr is at the top of the industry. Watch him in "A Guide To Recognizing Saints" or in "Ally McBeal", he plays it AGAINST the scene. When he's talking to Ally, if they're having a romantic moment, he's troubled. If they're in a fight, he's light-hearted. Isn't that just like life? We're rarely the sum total of the things we're going through. Someone can be heading into surgery feeling wonderful, and someone else can be depressed while sitting in five star luxury. 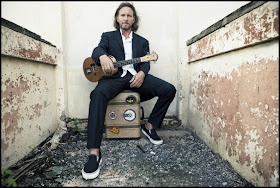 A broken heart is worst the first time. You're not prepared for it, you thought everything was going to be magical. The second time, your heart breaks and you get ruined again. Any time after that, you're numb, it's just another state of being. Bored, hungry, chirpy, inspired, confused, broken-hearted. It's just like anything else. Be aware enough and you can spot a heart-break coming. You can plan for it six months in advance.