Yes yes yes! It had been recommended to me a heap of times but I never saw it in the cinema because other things kept coming up. I remember one time specifically making plans to see it, but I can't remember what happened.

I finally watched it and wow, yes! Fantastic! I remember reading some time ago that this is a very personal film for the writer/director Mike Mills, and it shows -- the film is full of the kind of subtlety and nuance that you only get if you've lived it.

When films are great you don't think about the story or what anything means or anything like that, because you're too busy coming alive inside as you telepathically communicate with these characters on the screen who are nothing like you yet exactly like you. And this is the best work I've seen Ewan McGregor do. Christopher Plummer is beyond incredible. And you will fall in love with Mélanie Laurent. She's a class act. Her best moments in the film come when she's being silent.  McGregor's character feels it, and we the audience feel it. 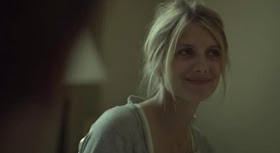 Don't you just love it when a movie is amazing? It gets rarer and rarer, right? That's why we spend most of our time floating around on Facebook rather than watching movies, because a lot of the time they're hardly worth it. It's why we just watched 'Forrest Gump' for the 50th time. When you find a new piece of greatness, it's amazing -- it reminds you why film is so important to us.

This film is poignant. You'll love it. You read this blog because you like the stuff I like, and 'Beginners' is a perfect example of what I like. 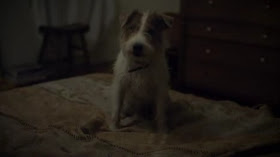