1. 'Insidious' is a cool movie. My friends tell me it's a rip off of some other films but I wouldn't know, as Horror isn't really my thing. I saw this on a whim, without knowing what it was.

Some bits made me jump, and I loved the tension. I bought into the nonsense. I usually have such a low bullshit meter, but with 'Insidious' I bought into it. And there was a weird bit at the end where Patrick Wilson goes into 'The Further' which was creepily like a recurring dream/nightmare I have.. so I was fascinated!

2. 'My Date With Drew's is a documentary about a guy who won $1100 on a game show and spent it documenting himself going after a dream he'd had his whole life: to have a date with Drew Barrymore.

It's funny, heartwarming and unexpectedly inspiring. Check it out, it came out on DVD like seven years ago. 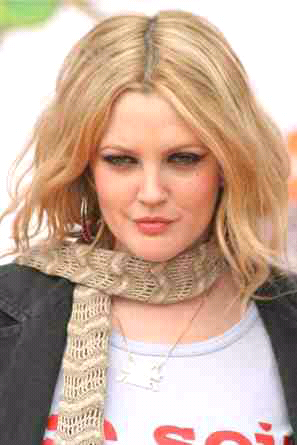 3. I'm working my way through 'The Pacific'. It's different to what I expected. I'm six episodes in and I haven't really latched onto the characters. When someone on screen says a name I just kind of pretend I know who they're talking about. It's like when you're 200 pages into a book and the name Vera is mentioned and you haven't a clue who she is or how she relates to the main character.

But there are some poignant moments. And the 3rd episode was really moving.

4. I struggle to relax in the cinema. I need a perfect environment. Any sign of phone use, or chatter-- or, yesterday, in the row behind me was a constant foot shuffler tapper man! Tapping his feet, shuffling them around, munching on his little snacks he'd smuggled in. What a nightmare!