The Flip Camera Is Dead. But Now We Can All Make Movies.

They're not gonna make them anymore. That's because you don't even need a camera to make films now, you just need your phone. Especially when you're starting out and making short films. You just have to focus on story, and choose your shots well. You can do it on your phone and if you're doing something more interesting than the guys with the big giant camera and $10,000 budget, then you're going to get noticed. 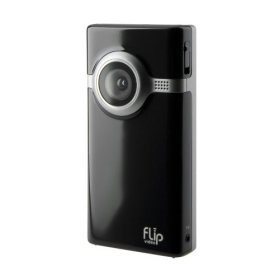 You'll always have excuses. You'll always want a better camera, and more lighting; but what if you can't afford them? What if you don't have any around where you live? What if you just want to be creative with a couple of friends and see what you can do?

Because you can do anything now. Have you looked at the video quality on the new iPhone's and HTC's? It's great. You can make a movie while you wait for the love interest to text back.

You can write to your budget. Write a mockumentary that is captured on phones. Or make a short film about the day the world ended, and all that was left was a guy and a camera phone. You could make a film about an actress who is video-blogging her failed career when, all of a sudden, she thinks she has a stalker. So she decides to get evidence on her phone. If you're an actress, and you have video recording, you could start making the film tomorrow when you get home from the day job. 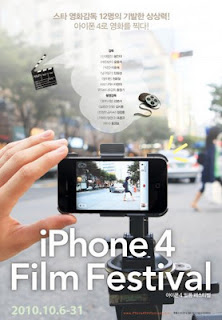 That's the power we have now. You can film it on your handset and edit it on Windows Movie Maker. If you don't have a video phone, your friend Bill probably does, and he loves movies. And if you think Windows Movie Maker sucks, then go on Twitter and find someone local who loves movies and has iMovie, or Final Cut, or Adobe Premiere.

Are you a writer or director or actor? And if so, do you have a free day this weekend? You could put the camera in the corner of your bedroom or the kitchen or the garden or the street, and you could make a film with the camera in a still position. Maybe a murder is witnessed by it. ONLY THE AUDIENCE KNOWS. What happens next? Who knows. It's your movie!

Or you could go buy a flip camera. Because they're gonna get cheaper now. Or you could borrow your Uncle's old video camera. The kids are grown up now, so it's just sitting in his attic. But if his kids are in the attic, you should call the police. But after that ordeal is over, make a short film about it, because it's a great concept.

Good luck making your films and let me know when I can see them.
at 16:07
Share