That was me, on Twitter two days ago. I'd never thought about that until I wrote it, but it's been playing on my side ever since. Blogging is like making a movie; you have an idea and then try and shape it into something that everyone will like.

But when you go chasing everyone, you don't truly grab anyone. But when you do what you truly want to do, even if it's for one person, that's when it means something. The problem is, when you do it for the 1%, there's not going to be a lot of support because it doesn't make a lot of business sense.

Film is about business. Every artist suffers. Even most great indie films have a rewritten beginning or a re-cut ending. We're always changing and adapting things to appeal to a bigger percentage. But when the percentage gets bigger, the true satisfaction gets smaller.

The stuff we truly and madly love is rarely the stuff that was made for everyone. You can cook yourself a perfect pie but if you're going to sell a lot of them, you need to package them differently; and you need a recipe that will appeal to everyone. 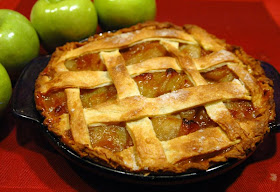 But that's the reality. That's the business. And we all cave. We take out the violent scene to get a lower rating, we hire the famous actor over the right actor to get the funding. By doing it-- we make a living. But we rarely make magic.