I used to be afraid of so many things. That I'd never grow up, that I'd be trapped in the same place for all eternity, that my dreams would forever be shy of my reach. It's true what they say, time plays tricks on you. One day you're dreaming, the next your dream has become your reality. 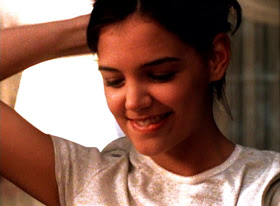 Jen, Jack, Audrey, Andy, Pacey and Dawson. These people who contributed to who I am; they are with me wherever I go. And as history gets rewritten in small ways with each passing day, my love for them only grows. Because the truth is: it was the best of times. Mistakes were made, hearts were broken, harsh lessons learned. But all of that has receded into fond memory now. How does it happen? Why are we so quick to forget the bad and romanticize the good? Maybe it's because we need to believe that the time we spent together actually meant something. That we were there for each other in a time in our lives that defined us all. A time in our lives that we will never forget. 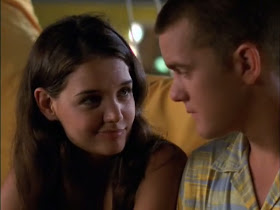 I can't swear this is exactly how it happened, but this is how it felt. 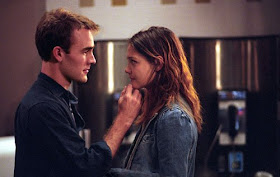 And now that this scared little girl no longer follows me wherever I go, I miss her; I do. Cause there are thinks I want to tell her-- to relax, to lighten up, that it is all going to be okay. I want her to know that meeting people who like you, who understand you, who actually accept you for who you are will become an increasingly rare occurrence.

Credit for the above text goes to Tom Kapinos. It's traditionally seen as uncool to like anything from Dawson's Creek. But bare in mind, Kapinos went on to create 'Californication' - and in the pilot episode he lifted half of this speech and had Hank Moody saying it.
at 07:37
Share