Heights Coffee, Brooklyn, On A Cold Day In November

In 2008 I met a make-up girl called Jenny. She was vegetarian, which almost all make-up artists are. It was 6am and I climbed into the back of a white van on Union Square where the Virgin Store was but isn't anymore. I originally got into another white van but they were for another shoot. In my inexperience of doing crew work in New York I didn't realize that absolutely everyone meets at 6am in Union Square and jumps into white vans to go to film shoots. In fact, if any of you want to work in film but don't know how to get a job I suggest going down to Union Square at 6am and getting in a white van (for legal and common sense reasons I must stress: I don't *actually* recommend doing that). So, I met Jenny, and she was pretty cool, and we kept in touch. 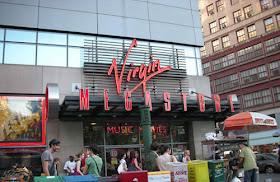 A year later I was back in New York and sitting on Jenny's rooftop somewhere between the Saturday night and the Sunday morning, with a bunch of her friends who were mostly friendly apart from one guy who kept looking at me and repeatedly asking "How do you guys like having healthcare over there?" without ever letting me answer. I didn't realize at the time but when I was sitting on her rooftop I really should have been sitting on a British Airways seat somewhere across the Atlantic. The next morning I was awoken by a phone call from home reminding me that I should have been in London by now. I wasn't on the plane, wasn't in London, and wasn't sure what to do - so I walked over to 7th Ave Station, Flatbush Ave, Brooklyn, and met up with my friend Henrietta; who had only been my friend for about two weeks but she is one of those people who, when you meet her, you just know you're going to know her forever.
I told her that I missed my flight and that I wasn't sure what I was meant to do, so we went for a long walk through Brooklyn and we talked about films and we talked about life and we talked about films some more and eventually we stopped for breakfast, in some place that was near to Park Slope but somewhere further on up the road. We had a conversation that I am certain covered absolutely everything, and then we talked about movies some more and then she told me everything about who she is, where she's been and where she's going and I sat there in awe of how amazing she was and in denial of the fact that I wouldn't be coming back to New York any time soon. 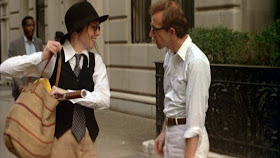 We headed back to Park Slope and we figured I should head back to London. I walked her back to the station except she didn't go in the station because instead we went to Heights Coffee on the other side of the road. She got a coffee because she was thirsty and I got a tea because I'm English and we had another one of those talks that covered absolutely all of life and then I said that we should decide exactly what we're going to do with ourselves in the next year. We decided to write down one very specific career goal each; hers about acting, and mine about writing and directing.

She emailed me today for the first time in a while; and I don't think she realised that we're only a week away from being exactly a year since we spent a day figuring out the world and casting our plans out into the future. She told me about all the wonderful things she's doing and this incredible role she's currently playing; and it made me remember that morning, sitting in Heights Coffee; even though we'd have rather been in Gorilla Coffee but it was way too crowded in there that day. We made big dreamy plans on that cold November morning last year about these things we wanted to achieve in the next year. And you know what? We've achieved more than the goals we set. A year ago we were two dreamers. A year later we're doing the work we always knew we were meant to do.