My favorite song at the moment is ANGIE by THE ROLLING STONES. I've been listening to it again and again; it's basically my theme tune for a writing project I'm beginning. By theme tune, I mean-- sometimes an idea, a script, or whatever-- it comes with a sound, or a song. At least it does, for me. So I've been listening to the song a lot-- and a little earlier today I was looking for different versions and came across one by a young singer/songwriter called ANA FREE. And she's magnificent! 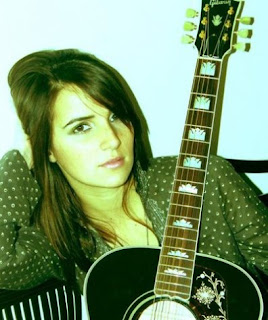 Here she is covering Tom Petty's FREE FALLIN' with a guy called JOE MARTINEZ. Not only is it a great version, but after the song they, and another friend who joins in, do an impromptu medley of songs--- and wow, I loved it! So much TALENT! So much FUN! We don't get enough of this energy in music (or in films). Just thought I'd share it, I hope you like her. Ana has quite a fanbase, it's obvious to see why.