You ever leave a place and wonder if it really exists? You look back at the time you had and you wonder; "are those people really real? Do they exist when I'm gone?" -- you leave New York and you leave it with an exact picture, and you're certain the picture will never change. You leave with a feeling - a bittersweet feeling of love, hope, sadness and life. The feeling sticks-- you feel it and you feel it and you feel it. You capture New York in a very specific way. 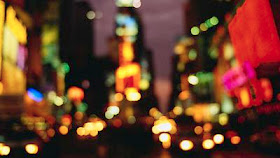 But what about the people who remained there? For them, that moment was fleeting. Maybe they never really felt it at all. They carry on; meetings in Manhattan, brawls in Brooklyn and quitters in Queens; but the picture you have of New York on your wall doesn't change.

You remember getting lost on Canal Street thinking it was Grand Street, and there was a girl waiting for you by the Williamsburg Bridge but you were standing by Brooklyn bridge thinking, where the hell is she?

You dream of New York actors. In New York, they give it their best shot. Call time is 8am but they're there at 7.30 with a brain full of questions. You're shooting in Central Park in the middle of December and they're saying "I love movies!" whereas anywhere else in the world they say "It's cold outside."

And this guy said "I love hanging out with you," and this girl said "you changed my life," and this crazyo said "I gotta tell you everything about what happened last night, because who else would I tell?" - but New York carries on, and now the crazyo is telling other crazy things to other crazy people. You remember the sound of sirens, the smell of coffee and the weird, crazy magic that only New York knows, and you hope and pray you'll be going back soon.
at 11:05
Share