Whose Screenplay Is It Anyway? How Screenwriters Go Insane

You're seven years old, and you think "I really love laughing, hahahahahaha." You're 11 years old and you really really like Mary-Jane, who lives down by the place near the big tree, and you think "I really really love her and I want to be in love forever yeah it's great." You're sixteen years old and you look up at the sky and you're just amazed by how clear the stars are and how big and beautiful the moon is and you think "Holy marbles! The world is incredible! It's a miracle! I can feel it. Wow. Wow. Wow." And then you laugh hysterically, hahahaha. Not because you're insane, but because you really love laughing.
And then you become a screenwriter. And you write your first script in seven minutes. How you did it, nobody knows. But you did. You wrote a 100 page script in seven minutes, and it's wonderful because it's got soul but it's awful because you've never written a script before.
And then your friend Patrick says "dude, it's way too romantic. Nobody likes that cheesy bullshit," so you take out a bit of the cheese because maybe it is a bit touchy feely. And then you meet a guy who wrote two episodes of that thing on that channel nobody ever watches, and he says, "the joke about the pencils isn't funny. Pencils aren't funny. Lemonade is funny." So you take out the joke about the pencils and replace it with a joke that isn't about pencils.
The thing that is great about your script though is that you captured that really incredible feeling you had that time you and that girl went to that bench by the field near where the hill overlooked the big tall building near your old school, when you were looking up at the big beautiful sky. But Mr Singh who works in the shop near the place where they used to sell like a million different types of envelope says to you "I think you're being a bit silly if you think the sky is magic, there's so much pollution, and films that are about the sky don't really sell unless you have a machine blow up and fall out of it." 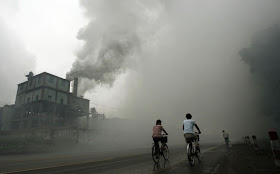 You know you're right, deep down, you love going hahahahaha and you love that girl and going to the bench near the thing and you love how amazing the sky is. But then you meet a guy called Zack who worked as an extra on that pretty funny thing that used to be on after that famous show and he also directed one episode of a webisode called "LOL @ Life!" which had at least a viewer, so he knows his stuff and he wants to 'develop' new ideas with you but he says "don't write about the moon because it isn't marketable," and he reminds you that pencils don't put people's asses on seats and what you really need are big guns. You're not sure about the big guns but Zack has lots of weird shit in his hair and he has a nice wristwatch so you figure he must really know his stuff so you say "okay, so you don't want the moon?" and he says "no, fuck the moon, that's bullshit," and then you take out the moon and replace it with a scene where the chick with the big breasts blows up the village with her nipples. 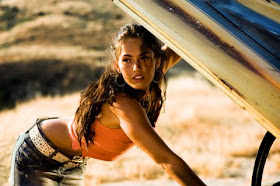 But the film never gets made because your script is really shit and the guy with the gunk in his hair is actually an undercover underachieving understudy in a play called "Chipmunks on Skates," so you stop listening to him and go about your day.. and you start to think again about working on a new screenplay.
You have this idea in your head but you don't have much clarity but you think maybe it's something to do with the moon and the magic of the night and a pretty girl with a smile but there's this voice in you that says "that's not marketable you fucking shitfuck!" and then you meet this guy in a suit who says "if you want funding, then you need to know that we need a script that can be branded towards a person who would wear clothes made out of iPhones and eat food made out of Facebook statuses, so you really need to write something current." You keep trying to write it but it's really fucking terrible and you keep asking yourself, "why can't I write?" and you keep trying to feed the magic into your writing somehow but it. just. isn't. there.
You keep looking and you keep trying and you keep hoping that you'll stop being such a bad writer. And some guy who's a big shot says "we really need a film where a guy in his twenties owns a gun and overcomes obstacles by saving the girl from the cheer-leading thing and then he falls backwards in slow-mo and a black man delivers a line about choices and then a woman gets her breasts out in close-up." You write it and it's exactly what they asked for but they don't make the movie-- and you don't know why and they don't know why and nobody knows why and instead someone makes a sequel to that thing with the Vampires.
This part of you starts jumping up and down and screaming at you --- and it's saying, "write a movie about a girl and a tree and the moon," but there are a thousand voices of everyone you ever met saying, "it's not marketable, it's not brandable, there's no breasts, what are you doing, don't you want to be marketable?"
You take a moment to look at your heroes, you look at the essence of what they did and how they achieved it -- and every sign points to people stepping out and saying "HEY, I AM ME, this is how I SEE THE WORLD!" - and you realize, you need to do that very thing.
And it's your choice and it's your choice and it's your choice. You look at your writing over the last few years and the only time you say hahahaha is when you realize the absurdity of the crazy pointless adventure you've been on. You run around, and you search your home and you realize there's just one thing you need and then it will all come together. You run downstairs, you look under the pad next to the table by the chair; and there it is, exactly what you need: a brand new pencil.
Hahahaha you say to yourself, as you write your new screenplay.
What do you want, Mary? You want the MOON? Just say the word...
at 15:47
Share