The Power Is In YOU, Not In A Suit On A Committee.

Artists struggle. This is how it is, and it's assumed, how it always will be.
I know some incredibly talented writers, designers, composers, editors, actors, etc. They're immensely creative and their work is full of richness, but their wallets aren't. The composers I know are scrambling through job adverts for opportunities that might, in some way, somehow, suit their skills and be worthy of their talents. But when they do get paid, it's usually for running errands or handing out leaflets. Of course, this doesn't just happen to people in the arts. Right now, jobs are hard to come by no matter what your skills, talents, training, or lack thereof. They say the next crop of graduates in the UK will have a 20% unemployment rate. Focusing on Media - it turns out that on the dawning of this new era of technological advancement, of digital media and the democratisation of media as it were - everyone was convinced to go to University.
Thousands of media graduates pile out of education with degrees in their hands, only to find that the only jobs going are two production assistant vacancies on 'Eastenders' and one unpaid internship making coffee for Richard Curtis. Everyone else rams their heads against the walls as they apply on Craigslist for unpaid work experience for unknown post-production houses somewhere maybe near Surrey. 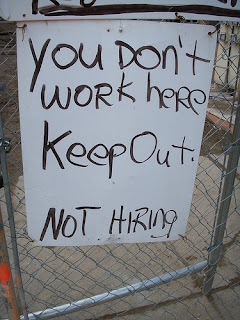 "If you think of it, children starting school this year will be retiring in 2065. Nobody has a clue, despite all the expertise that's been on parade for the past four days, what the world will look like in five years' time. And yet we're meant to be educating them for it. So the unpredictability, I think, is extraordinary." -
Ted Robinson, from his 'Schools Kill Creativity' speech at TED.com
How can so much talent be left in such a bleak, powerless position?
We have writers at the mercy of agents and producers who have no interest in who they are, we have genius DOP's whose email applications to shoot short films get missed in the sea of 763 applications. We have 20,000 people calling themselves actors, 15,000 of whom are convinced they're the next big thing and 5,000 of whom are one audition away from being evicted for not paying their rent on time.
I was mulling this over when scanning across various film websites, and job websites, whilst also alt-tabbing to some depressing news articles about the economy, budget cuts, and all the latest downer news in the film industry.
Despite the bleakness, the lack of opportunities, and the fact that everyone is waiting for a magic wand to be waved without knowing exactly who the person is that's meant to do the waving - one thing is true. There is still an abundance of creativity all around us. 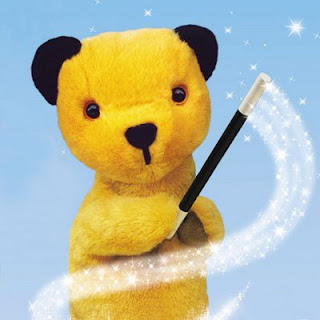 History has been rewritten over and over again by small groups of people who had the sheer perseverance and audacity to try something. To come together and to use their skill, talent, hard-work and entrepreneurial spirit to begin something. I don't know what I'm really saying (you've probably gathered that by now) - but what I can see is that there is an endless supply of talent out there. And it's becoming increasingly obvious to me that most of the time this talent is not only applying for jobs that are hard to get, but looking for opportunities that don't exist in the real world. If you're a screenwriter looking for a chance to write a story about a small girl who suffers disability discrimination, there's probably not a producer out there for it. If you're an actress looking for a role that doesn't stereotype you in that role you always play, it probably doesn't exist.
We keep digging around and looking for opportunities in places that either don't care, or don't care anymore. We go looking for chances to prove our production-design skills, or our hair and make-up skills, or our poetry-writing skills, and end up applying for a job collecting money for charities we don't care about on crowded city streets we don't want to be standing on.
We're dying one day at a time when we flick around on job sites and stare hopelessly at recruitment companies hoping for the perfect opportunities to present themselves. Our dreams were built on the fantasies, illusions and infinite possibilities our childhood's promised, and from watching movies, and from believing. For them to be real, we need to step out of societal norms to achieve them. We need to step outside of the dead-end jobs and front-end criticisms; we need to create our own opportunities. We need to find the power in our ideas, ideals and our incredible ability for resilience and perseverance. And we need to start doing it now.
There is great power in making a decision. There is great power in finding like-minded souls and there is great power in deciding to be the one who has the power. Rather than wait for the perfect acting role, write the perfect acting role. Or pay a friend to write the perfect acting role. Or pick up a camera and invent the perfect acting role. Or start a Facebook campaign that tells everyone you're the perfect actor. These are terrible ideas, but one idea I do believe in is that if you think outside the box, and you believe your instincts, you can come up with something that will kick-start your career, your life, your big dreams.
We need to be inspired, we need to be fulfilled, we need to make a living, and we need to do it now. If we keep doing it by applying for unappealing jobs and begging for opportunities from people that don't care about us, we'll never get anywhere. We can go a different way. We can see there are thousands and thousands of creative yet disillusioned souls around us.
Rather than moan about the studio system, or bitch about corporate greed, or cry about big shot people in suits who hide behind giant walls; see the power in turning to the people who are sitting on the same side of the fence as you. History is made up of people who were oppressed and discouraged by systems and theories and policies and recessions and dictatorships far worse than what any of us are facing now. Let's quit emailing people who aren't listening, let's face each other, and let's begin building a new world; one where creativity takes centre stage and inspires people.
"Never doubt that a small, group of thoughtful, committed citizens can change the world. Indeed, it is the only thing that ever has." -Margaret Mead
You; the person who blogs passionately about movies every day, you; the person who spends every waking hour trying to get funding for your screenplay about disability, you; the person who has had 17 auditions this week, you; the person who stayed up till 5am sketching out set-design ideas--- you all inspire me so so so so much. You are infinitely more important to me, to society and to the world than anyone has been giving you credit for. The power is in your imagination and ideas and actions, not in some guy in a suit who decides whether to pick you, cast you, fund you, dump you or hire you. The power is in you.
Let's find new ways to make our projects. Let's believe in ourselves and believe in those who are talented and caring. Let's stop spending time hoping for opportunities from people who don't understand us. Let's find new ways.
at 14:55
Share