The Missing Voice Of Women In Film.

A couple of days ago I wrote an article Women, Men & The Film Industry. I am really grateful for the responses-- some interesting points were raised and are definitely in need of further discussion. However, I must say, I think at times I was a bit too vague about what I perceive to be the problem. So allow me to be a little more concise.

There is a voice that is MISSING from the world of film. And it is the voice of women.

Yes, Sofia Coppola made a couple of good movies. Yes, Kathryn Bigelow made THE HURT LOCKER. Both of these things are GREAT. But, they are exceptions. I am aware, also, that I am a male filmmaker. And I am aware that, industry-wise, I am not necessarily a 'success.' So I feel there may be many men like me, who have yet to carve out the careers we want--- so it seems odd to make a big thing about a 'lack of opportunities' for women when we ourselves are struggling for opportunities. That is a valid point and that is a discussion which I think we can have at some point. But this is an issue far bigger than my personal career. 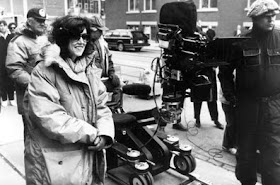 For me to make a statement that we are missing the voice of women, that would of course insinuate that film is dominated by the voice of men. So what exactly is that voice saying? James D, in response to my previous article, said "Bigger films expect scantily-clad women and dashing men, but do women directors want to shoot that?". Another poster, Simon, said, "I think women are cut from the profession because the movies that draw in box office--predominately crap horror movies and romcoms--are unbearably sexist." I agree with these remarks. Of course, not all films are like that. But as generalizations go, these are pretty accurate.

I was holding an audition today for my next film. A friend of mine, an actress, is helping me cast. We were having a conversation about casting-- when she brought up, without my prompting or mentioning these blog articles-- a troubling experience she had recently with a man who was casting a short film. At the audition, he pushed her to do things that were not in the script, things of a more suggestive nature. And then, in the days that followed, he sent her many texts saying they should 'meet for drinks' to discuss the project. The more he told her about the project, the more troubling she found it.

The issue of the voice of women being missing in film, and the fact that so so many actresses have to deal with this bullshit in auditions and castings are NOT separate issues. They are connected, albeit at a distance. In the comments to the previous article it was great to see people engaging in a difficult subject, one that's hard to grasp and discuss because, it never really gets discussed. It gets mentioned, then passed over. I noticed in the comments, just like when I've talked about the issue with people face to face, there is a feeling that, "hopefully THE HURT LOCKER'S success will change things," or "Maybe actresses should be more careful," and these are very passive points of view. There's a feeling of helplessness. That for this issue to be taken seriously, Spielberg needs to deal with it, or Julia Roberts needs to start a campaign; rather than us exploring the notion that we play a part, as writers, directors, actors, bloggers, etc.

YES, the industry, even the viewers; tend to value scantily clad women. I won't lie, I loved Megan Fox in TRANSFORMERS. It wasn't because of her acting. But there is also a view that seems to permeate, a view that women, given the chance to direct, want to make Meg Ryan weepies, and movies about sisters coming to terms with grief. I think the point we need to wake up to is that, this is not entirely true. As it turns out, I, a guy, wouldn't mind making a Meg Ryan flick, and many women, as THE HURT LOCKER so aptly proved, have a lot more to say than the industry allows them. 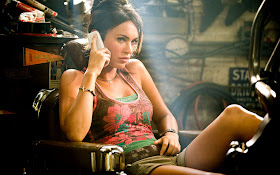 I think, as an industry, we marginalize women - and, in the main, give them fluffy rom-coms to make. And we have a tendency to think that, if it's a big franchise or an 'important' movie, we give them to the men to make. I think this is wrong.

It is also true that nearly every young, upcoming actress, has had an inappropriate audition. Or maybe two of them. Or six. I have spent many years lecturing actress friends about their naivety, giving them tips on how to spot director's with bad intentions. But, actress naivety is not the problem. Just because you're a fresh, enthusiastic and beautiful 21 year old actress, it doesn't give men the right to abuse that. But they do, ruthlessly, every day-- across our industry. If any of you feel this is an exaggeration, perhaps I could get some actresses to give examples, even if anonymously, because the frequency of its occurrence would, I'm sure, surprise many of you.

My hope is that we can start to understand and begin to appreciate the depth of this issue. It's not simple, there are many layers to it. My hope is that, we can begin to see it as something that affects all of us and is caused by all of us. And my belief is that, by being more aware and by discussing it - we can begin to change things.
at 16:02
Share