Is Film School Worth It? Is It Necessary? 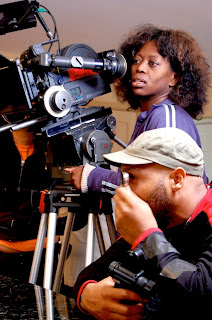 A few years back I was a camera assistant on a horror film being shot in Ealing Studios. The crew were ALL film school friends. Apart from me. But the fact is: I was still there. Also, ever since I began making short films I've had film school graduates applying to be helpers on my short films, because they struggle to find good work experience. They were qualified filmmakers, my only qualification was when I passed a cycling proficiency test, aged 9. My point is: go to film school or don't go to film school, both are wrong, both are right.

I think that three of the most important things are confidence, knowledge and experience. My knowledge comes from in depth studying of cinema, from pretty much every single day of my life since I was 13, and from producing my own films ever since I was 16. It doesn't come from the classroom. Other people get great knowledge from fascinating film school lectures. Neither are correct, they're just different. Most film school grads I know have great knowledge and know wonderfully complex things I'm clueless about. But that's the good thing about doing it my own way, I set my own studying agenda. I know a Morgan Freeman glance or a Woody Allen line or a Billy Wilder moment better than anyone I know. They don't teach you that. They can't teach you the little tiny moments that excite you about movies. They're your own.

Experience is important. I spent years struggling to understand actors, dealing with ruined locations, fumbling over bad dialogue and being stopped by police for having no permission--- all this came from making short films in my teens without having a clue what to do. Now I'm at the point where I'm fearless come the shoot. I can do it. No problem. That's experience. That's my journey.

However, film school offers wider experiences; the chance to try different equipment, collaborate and build relationships with like-minded people-- and a chance to focus on technical proficiency of the craft. When people come out of film school, they know the names of cameras and they know the shortcut buttons on Final Cut Pro. That's experience.

Confidence is, for me, the main one. When you have the choice of film school, or the industry, or dedicating your life to packing groceries: it really comes down to confidence. If you think film school will make you a confident filmmaker, then that's probably the right place for you. If you think you need to get out there and find your way, then maybe you should. If you think you're ready to produce and direct right now, if you have that confidence, go for it. 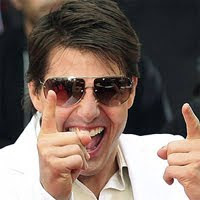 There are many people who act confident or display confidence. That's not what I'm talking about... There are directors who act like big shots but get scared on film sets and there are actors who stroll around breezily but deep down are crippled by fears of inferiority... by confident; I mean Spielberg marching into Universal Studios and demanding work, I mean Will Smith constantly determined and certain of his greatness, I mean Chaplin taking to the stage aged 5 and mesmerizing the audience. Those people don't need a syllabus, modules and tutoring, they need to express themselves immediately. If you have unyielding confidence and belief; then you're ready. For me, film school is what many people do to find those things. The alternative route is to learn through trying, and by helping out, and by listening: there is great wisdom to be found by helping on film sets. 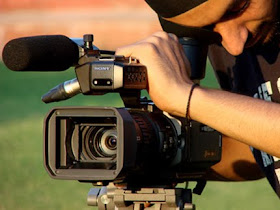 Do what feels right. Follow your mind and body in the direction they are pulling you. NO-ONE can tell you whether film school is right or not; both paths can lead you to jubilation or depression, just like anything else.

The one thing I will say, whilst admitting I'm partial to going the industry route--- many, many graduates have said to me, "I wish I'd done what you did," and nobody has ever said "I'm struggling to get work, I wish I'd been to film school." Often, people go to study film simply because they're clueless about how to move forward with their careers. Maybe that isn't a good reason.

Film school is great for making contacts, friends and collaborators-- I missed out on that. I've always been a little jealous of some of my film school peers who seem to take turns to work on each others passion projects, and they all chip in and work together. There's something wonderful about that. Film school gave them that. It's been more gradual for me to find those types of relationships through going it the industry route.

In terms of succeeding in the industry, it really doesn't make a difference. No-one cares. But, paradoxically, in some way-- everyone cares. On both sides of the argument, people often cut each other down. I have often been asked, in an oppressive kind of way, "Er, did you go to film school?" -- it can be an instant way to try and deflate you. Likewise, I've often seen do-it-yourself types feeling superior because they went out and did it and aren't 'Rich film school kids.' This stuff is nonsense; and I hope we can begin to move past it. The only reason to go to film school should be: because you really want to go to film school. Because you find value in it. Whether it will affect or even help your career in film, who knows. It certainly can.
at 02:17
Share