The character on screen says..

Yes, I will buy a whole Turkey.

Is the lazy subtitler person laughing at me? Are they making things up? Am I getting half the story?

I am always convinced I am being cheated out of the full story! They can't be bothered!

It's like that scene in Lost In Translation!
BILL MURRAY
Is that everything?
I mean, it seemed like he said
quite a bit more than that.

WOMAN
Like an old friend,
and into the camera.

Am I paranoid? Or are they laughing at me? 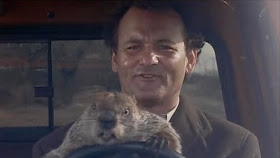