The Secret To Manifesting Abundance Positively - A Short Story.

All through life, Geoff Fripp struggled to make his dreams come true. More than anything, he hated to admit, he struggled financially. He tried everything. Most of all, he kept listening to positive thinking life coaches and always found them inspirational, but he couldn't help but wonder: why didn't their formula for success ever work for him? And then one day, it did.

He became a life coach. The job was very easy -- all he had to do was write articles using the words 'abundance' and 'manifest,' and keep a steady sun-tan. He wrote a book called 'Manifesting Positive Abundance' and sold the book to twenty three year old actresses everywhere. Now, when young actresses are asked how their careers are going they state "I am currently manifesting positive abundance," whilst struggling to make $5 in tips a night. 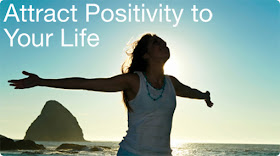 Geoff realised how foolproof it was being a life coach. He inspired people by making them believe they could achieve positive outcomes using visualization and belief. And if that didn't work there was always his twelve-step $500 plan, which helps manifest plenty of abundance - even if only for Geoff Fripp himself. When people failed to achieve their dreams-- he told them, "you're being negative! You're not believing in the universe, you won't succeed until you gain abundance." The person responds, "But I believed in the universe and I posted Epicurus quotes on my Facebook wall, I did everything. Now I'm getting tired."

"Aha, getting tired," said Geoff. "Tiredness is when you're not on song with the universe. You won't be not tired until you're ready to not be tired and are in alignment with your untiredness."

"Confusion indicates your positive vibrations are not active. You are not vibrating," explained the Life Coach. The tired and confused man, feeling confused and tired, played it safe and enrolled in a discounted online seminar for "Vibrating And Shaking Positively," but soon realised he'd joined an online support group for Parkinsons Disease.

Geoff had come a long way. It was amazing how a man who, up until a year ago worked as a repair man for a supermarket, could know so much about the laws of the universe. Despite often struggling to fix the faulty sink in his old job, his new career was easy. His YouTube video of the Earth spinning around, overlapped with Martin Luther King quotes had garnered him eight million hits and four million dollars in advertising revenue.

It turns out, after all, that all of the life coaches/positive thinkers/law of attraction people/makers of The Secret were right: You can attract abundance - and you do it by being a life coach and selling books about the law of attraction.

Kid In The Front Row GOOD KARMA THOUGHT VIBRATIONS are now on sale. For the small fee of $5 I will think positively about you. This will manifest endless joy and abundance (just not for you).
at 08:53
Share