Lisa Marie Fabrega is an actor, musician, and blogger - currently dividing her time between film, theatre and commercials; whilst somehow finding the time to write a guest article for Kid In The Front Row. As it turns out; whilst everyone else is at work, or eating dinner - Lisa is in the front row, watching animated movies. 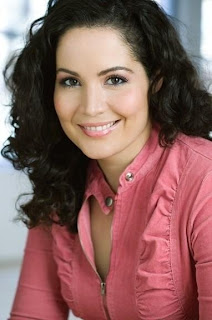 The One Where Lisa Likes Animated Movies.
By Lisa Fabrega
I’m about to admit something I don’t usually share with others. Only those closest to me know this: I am an animated movie/cartoon junkie.

This wouldn’t be so shocking if I was, perhaps, 7 years old. But I am a grown adult. This makes for some funny situations. I can’t tell you how many times I’ve been sitting in a movie theatre all by myself along with 200 screaming children and their parents. I’ve heard many a movie usher chuckle as I hand them my ticket for the latest Pixar release. I quickly run into the darkness of the movie theatre, so that no one else will know my silly little secret. 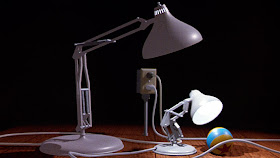 What is it about animated movies that I love so much? Perhaps it hearkens back to the earliest memory I have of watching a film—Disney’s "Snow White". I must have been extremely young when I first saw it, as the memory is so hazy, I only remember snapshots of the film--the creamy tone of Snow White’s skin, the Seven Dwarfs. I was so captured by the dwarfs that I was terrified of Grumpy as a child, so much so that I made my cousin move her Grumpy doll out of the room during a sleepover at her house because I swore I saw it moving in the dark.

Though the images might be hazy, I strongly remember the feelings I had as a small child taking in my first movie. I could enter a dark room and for two hours be transported to a magical world where things that only lived in my wildest imagination existed. Growing up in a dictatorship, animated films were one of the rare places where goodness always seemed to triumph.

Now as an adult, I recognize deeper aspects about animated films that I would have never consciously recognized as a child. For example--the extreme archetypes. They are amazing! In animated films, villains are fantastically over the top and possess powers that no human villain could possibly possess. Who can forget the utterly fantastic Maleficent in Sleeping Beauty, morphing into a powerful dragon to fight the Prince? Or the Other Mother enticing Coraline into her world and turning into a large mechanical spider capable of stealing little girls’ eyes and replacing them with buttons? No human villain in a film can do what a cartoon villain can do! That alone is a reason to love animated films.

It is also these extreme characters that serve as wonderful, subconscious learning tools for both children and adults alike. As an actor, one of the things I love about the artistic medium of film (or theatre for that matter) is that it confronts the audience with a vision of their own humanity. During this confrontation we are forced to look within while observing the world being presented to us in the film or play. We see parts of ourselves in the characters in front of us.. The extreme archetypes of villains in animated films are fantastic ways for us to face the darkest parts of ourselves within a safer context. None of us can turn into a vicious dragon (if you can, call me) or a terrifying girl-eating spider, but we can certainly relate to feelings of anger, isolation and jealousy. Though most of us may be nothing like the Other Mother in Coraline, there are certain parts within us that feel a twinge of recognition when she screams to an escaping Coraline “I need you!!” in that wretchedly, co-dependent way. The beauty of the animated film is that the animation provides a thin veil of separation between ourselves and the extreme evil of villains. I may be angry, but at least I know I won’t turn into a cartoon villain named Maleficent. That makes me feel a bit better when the Irish/Spanish temper in me starts to rise!

Animation also makes serious themes easier to swallow. Some of us may bristle at a heavy hitting environmental docu-drama, but most of us can watch the staggeringly beautiful “Princess Mononoke” by Miyazake and feel deeply affected by the destruction of nature in that film. Once again, the veil of separation between our humanity and the animated world allows us to reflect upon ourselves without getting turned off by yet another human being telling us what to do.

Last but not least, most animated films have uplifting endings. We are bombarded every day with gritty indie films that portray the extremes of our human existence. Most of these films have endings that leave us feeling empty or unresolved. Now, don’t get me wrong-- I think it’s important to show life as it really is, and I myself love gritty “realist” films. But we live in a world full of depressing news and daily catastrophes. Sometimes after a rough week, I don’t want to watch another film that leaves me feeling sick to my stomach or that shows me “how bad things really are”. Sometimes I just want to be uplifted and told that somewhere out there a fish named Nemo is finding his Dad after being lost in the ocean for days.

So, there is my dirty little secret out for all to see. And actually, writing this made me realize, there is a lot to be proud of in my undying love for animated films. Not only can animated films serve as wonderful conduits for our imagination in a world that frequently under-rewards creativity, but animated films can also serve as wonderful tools for self-reflection. Best of all, animated films in general are uplifting and provide much needed escape from a world that increasingly grows complicated and nerve-wracking. Recently, a very, very dear friend of mine passed away. After feeling numb for hours and crying profusely, it dawned on me that I already knew what would make me feel better. So I popped in “Flushed Away”, let those singing slugs do their thing, and before long I was laughing and smiling at how much my friend would have loved that film.

The Kid In The Front Row is currently on holiday, eating lots of burgers. But if you're interested in eating healthily, head over to Lisa Fabrega's blog Whole Person, Balanced Life.
at 10:33
Share