Let Your Inner Critic Do The Work

Your inner-critic, or your block, or whatever you want to call it -- he may call at the beginning of a screenplay, or in the middle, or months before you even get to the page. You never get to the page because there's a voice telling you that you suck. That you're talentless. That your script is bland/pointless/retarded/not-ready, etc.

And we take this voice to be the voice of God, most of the time. It talks, we stop. This inner-voice, it's a voice inside of you that believes it knows better. Whether this inner-critic turned up because of your parents, or a teacher, or because of the environment you're in or because you're just damn sure that hating yourself is the way to go; whatever the reasons, there is something you can do when the big ole' critic monster stops you. You can hand over the pen. 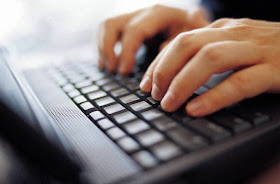 If there's a voice in my head that tells me "You're awful! Your ideas are cliche! Your characters are bland!" Well, then it sounds like this dude knows his stuff. So I've found a useful thing to do is to literally give him the pen.

As you're writing--- your critic may say..

Your characters aren't doing anything interesting.
You are not really a writer.
Wouldn't you be better off just browsing pictures of Sally Stinley on Facebook?
You're an idiot!
You need a real job. Everyone knows it. Everyone knows you're not a writer.
No-one will watch this.

If my critic was saying that, I would see that my inner-critic-monster-madman is a) PERSISTENT (with capitals), b) Clearly clued up on what a great script should be, c) Better than me. 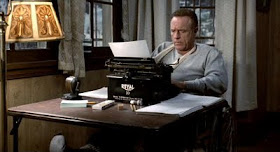 Now of course, if you read any self-help-guru-new-age thingy on inner critics, or if you're in therapy, of course, you're not meant to believe your inner-critic is better than you, that would be pretty suicidal, literally. But for this exercise, go with me. Your critic is a persistent know-it-all who thinks he's better than you.

SO GIVE HIM YOUR KEYBOARD! Let the critic write.

a) Close your eyes - really feel that critical voice in your head.
b) Start saying things in his voice, become the voice, access that part of you.
c) Really let rip - scream about how talentless and pathetic you are.
d) Notice your body language - maybe act out this critic whilst looking in the mirror.
e) You will notice a confident person, with a body posture different to you, possibly quite intimidating.
f) Keep throwing those insults at yourself; but from the point of view of your inner-critic-madman.
g) Realise that this critic dude sure has persistence.
h) Decide whether this persistence is something that could aide you in your writing, maybe it's something you've been missing.
i) Now that you've accessed the critical maniac inside of you, now you really feel him, let him WRITE.
j) See what comes out! See what ends up on the page.

One of two things will happen.

a) The work will be genius -- The inner-critic is just a part of you that protects you. He's just a persistent worrier. If the work is genius, it's because you've turned his negativity into creativity.

b) The writing will STINK - In which case, from now on, you can tell your inner critic to SHUT UP because he has NO AUTHORITY OVER YOU AS HIS WRITING IS AWFUL!

After all this, take a breather. Maybe have a cup of tea. And when you're done, write up some ground rules for your inner critic.

a) If you have problems with my writing, you will tell me in a calm and friendly manner.
b) You are not allowed to insult me, only express concern and then ideas of how to improve.
c) If I am busy writing, please don't insult me mid-flow. Grab some crayons and do yourself some drawings. I'll let you know when I'm free.

Don't get taken over by your inner critic. Just realize it's a part of you, a part that isn't as authority and important as it likes to think.

One last thing you can do with your inner critic is have a laugh with it. Next time you feel that pressure in your head; as your stomach feels funny and the self-doubt creeps in as the voice says "you are not very good, people think you're awful" -- reply to the voice with "Excuse me, how would you feel if I spoke to you like that?" or "Who said you can speak?" Or even "take the day off!"

My inner-critic is telling me that this post is awful, that I'll be ridiculed. Maybe he's right, or maybe he just feels threatened.
at 16:13
Share