Who are you hanging out with tonight?

Who are you hanging out with tonight? Are you seeing that friend who loves that you're a writer, or are you hanging out with that dude who works in the bowling alley who thinks your dreams are too big? I mean, it's entirely up to you. Which girl are you taking out tomorrow? There's that girl who moans about the weather and about the fact that some guy called Mark won't fix the copying machine in her office, or you could take out Julie. Okay, Julie may not be as physically hot but she's got a soul that's magic, she plays piano - and she gets excited by your scripts. So who are you going to take out? Again, it's entirely up to you. It's your life. You decide. 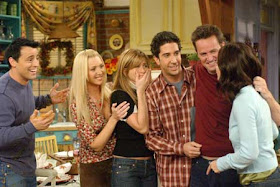 So you're inviting all your friends round at the weekend? That'll be nice. Who are you going to talk to - are you going to talk to Martin who keeps telling you your last script 'lacked interesting characters' - I mean, you could talk to him, and I guess he meets a lot of 'interesting characters' when he's flipping burgers, but is he really someone who you want to have an influence on your creative pursuits? It's entirely up to you.

And what about next Thursday, that day you had free - are you going to go to that writers workshop you saw advertised on Craigslist or are you going to go to that bar where Jenny works? Again, it's entirely up to you, it's your life - and Jenny sure is hot. And when she doesn't flake out, she's decent company. But if she flakes out again then you won't get her company and you won't get the writers workshop, so what are you going to do? Hey, don't let me influence you - it's your life, it's your career, they're your friends. I'm just asking you the question.
But the other thing to ask is how long are you going to put up with Sebastian questioning what you're doing with your life? Don't get me wrong, he has a right to ask you what you're doing with your life, I mean - after all, he's been almost considering applying for new jobs for three years now, but how much influence do you want him to have? You hang out with him three times a week. That's three times a week he tells you 'the film industry is tough', 'your writing isn't exactly Woody Allen' and 'we're all going to die soon anyway' - do you want this influence three times a week? Or maybe you should ditch him and hang out with David. David is only around once a week, at most, but he actually listens to your script ideas. And his eyes light up when you talk about your dreams. It makes you feel less alone.
Again, it's your week. Your life. They're your friends. It's entirely up to you. Let me know what you choose.
at 11:05
Share