Something That All Young Actresses Should Be Aware Of

There are a lot of pretty women in the world, and there are lots of guys who are terrible at interacting with them. This is obvious, of course. Years of loneliness and bitterness and other factors can lead a man to go a bit odd. A bit desperate. You know how it goes. I mean, you girls reading this probably think it describes 300 of your Facebook friends. Luckily, women can spot a weirdo a mile off. Except for in one situation - where various factors come into play.

There is one magic way to meet women. And not just any women, but the most beautiful women you could find. It's a very simple sentence, "I'm casting a movie." This weird piece of phenomena hit me the very first time I cast a film - and it seemed crazy to me. Here is a guy who rarely gets to speak to those wonderous beautiful ones - and suddenly, I can meet ten of them in a day, and they are all desperate for work.

The worrying thing is that many guys reading this are probably thinking "cool idea!" but herein lies the problem - nearly every actress I know has a story about a 'Director' who met them about a project, didn't have a script, and had some little project with 'artistic nudity' - and for me, and luckily most men in this business, we can see it for what it is. I guess we can recognize it in ourselves in some ways - how easy it is to interact with the beautiful people by making a movie. 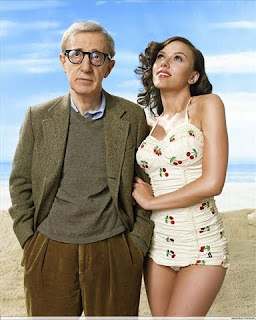 So here's the thing - when you're a 22 year old actress with limited film credits and you meet some man who says he "worked with Altman in the 80's," your hope begins to grow that this project will help you in some way. You justify it by thinking that there's nothing wrong with nudity if it's artistic, and when the filmmaker keeps delaying the script you tell yourself it's okay, it's an experimental movie.

I'm a Writer/Director. When I cast a project I give all actors the script. They can Google me and see my work, articles about me, if they really want they can add me on Facebook, the work I do is completely justified. I've never shot nudity - but if I did, I'd tell the actors who's shooting it, where, I'd give them freedom to do whatever it takes to make the experience a comfortable one - it would be completely transparent, like everything I do in filmmaking.

Yet these filmmakers who are doing Arthouse films with 'brief nudity' tend to be elusive, mysterious figures, who never quite have a script ready-- and often want to meet up with the actress to discuss the project. Alarm bells for all of us, I'm sure-- but for an actor in the moment, it's easy to get caught up in thinking there's a good experience to be had.

Just the other day I was talking to an actress about this, an actress who is one of the most beautiful people I know - and I'm fully aware that, if I was an accountant, I'd never really interact with someone who looks like her. That feels creepy to even say, but it's the strange thing about this industry. Luckily, I'm a good guy, and her looks aren't an important part of our friendship, but I'm aware of it. And I'm aware that men are men. All the perversion and weird thoughts are going to be in the film industry as much as in the streets, or on Craigslist. 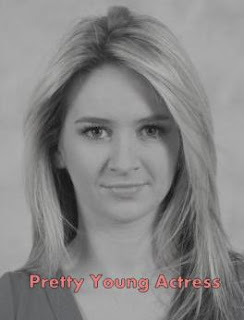 And I just want to bring awareness to this issue. And I want young actresses to know they are talented, beautiful people who should be doing exciting short films, immersing themselves in plays and meeting directors and producers who inspire them. If you meet a Director who gives you the ick, don't work for them. Whatever opportunity they offer can be found elsewhere in a less creepy way. And here's another common one - the innapropriate comment on the first meeting. If some 'Director' makes a comment about your breasts that makes you uncomfortable, get out of there, you don't need this experience. If the director had made that comment about an actors penis, they'd get thumped in the head.

I find it very hard to comprehend why a filmmaker's first short film would require nudity, there are so many other things to explore. Keep your clothes on, save the nudity for your boyfriend, or for the Hollywood film that pays you $10million.
at 13:59
Share