I have an idea, let's waste all our energy moaning that "The only reason that dude makes movies is because his Brother's friends Aunt knows Spielberg." You could be right, I'm not sure. But even if you are - you're spending your days moaning and crying, and the dude is out making movies. So pretty soon, you realize that moaning about these things is entirely pointless. 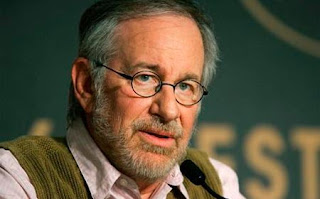 And the important thing is there's nothing wrong with privilege. Say I am Spielberg's very own son, and I desperately want to make films. Is it wrong for me to say "Hey Dad, could I borrow a camera and Tom Hanks and go shoot something?" Should I feel guilty about that? When you were young, and your Dad said, "Let's go to the park.." did you say "Dad, please don't drive me, I'd rather walk there with the homeless guys..." of course you didn't.
So, yeah- don't be a moany little bitch when it comes to "everyone in the industry knows someone other than me." YOU HAVE PRIVILEGES TOO. If you live in a democracy, you have a privilege that thousands of filmmakers don't. If you have a job, or you have a white skin, or you have a family, or you have a camera; whatever it is, you have privileges too. So shut up, and get on with it.

And the important thing is that you should stand up for your privileges. When someone says, "Lucy, it's really great that you got that role. Your Dad knows the Producer doesn't he?" - you can respond in one of two ways---

1. "Yeah, um - my Dad is kinda friends with that Bruckheimer guy. But not really, I mean - like, I still auditioned, he didn't.. y'know, I mean.. like..."
OR, you can say.
2. "Yeah, my Dad is best friends with Jerry Bruckheimer. He helped me get the role, I really appreciate that - I'm lucky."
With response one, the person asking you makes you feel really inadequate and stupid. With answer two, there's no comeback. "Oh, er.. so you do know Jerry. Cool. Yeah."
And then life is SO MUCH EASIER.
Just to clarify, I don't know any big producers. But I can remember when I began making films and I was flitting between many jobs and not getting paid too much. And certain people would say "You're so lucky you get to follow your dreams, that your parents support you.."
And I used to flip out and get really offended. It was like "how dare you say I'm lucky, I work really hard! I work at my films every day!" This was, of course, completely true - but at the same time, I was ignoring the fact I do have this WONDERFUL privilege, I have parents that support me and believe in me. So I started agreeing with people. "Yeah, my parents are amazing. I'm very lucky. I love my life." And then, again, there's no comeback. 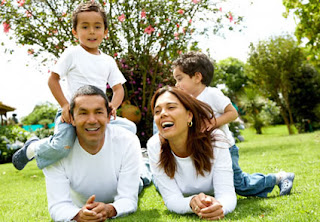 Often these people have the same privileges too. And you wanna dive in and say "Hold on, you're 42 and live with your parents.. and... and..." But then, there's really no need to justify yourself. They'll say "yeah but I have car payments to make, and don't forget, I have a girlfriend." Of course, the thing to realize is that the car was a choice, and the girlfriend was a choice. Instead, you made the choice to pay a crew to shoot your movie, but they don't see it like that.
But it doesn't matter -- you don't need to justify yourself. Do yourself a giant favour and ACCEPT YOUR PRIVILEGES. It's something we NEVER DO, but when you do it - you are ACCEPTING A HUGE PART OF YOUR LIFE that you often don't identify with.
YES, I have a wonderful family!
YES, I have a camera!
YES, I had dinner today!
YES, I am alive at this time in the world's history!
YES, I have freedom of movement!
YES, My legs both work!
YES, My Uncle is George Lucas!*
It'd be really great if we could all share our privileges in the comments... and share a bit about why we're lucky and how they help us with our careers.

*My Uncle Is Not George Lucas.