It's A Kind Of Magic - Why We MUST Keep Creating Work Again And Again And AGAIN.

Anyhow, he asked me if I was happy with my new film. And I said I was, although I said it in the present tense, it was more like "I am." But he could tell from my reaction that I wasn't a hundred percent. This surprised me, as I was actually trying to pull a face like Al Pacino at the time, just for fun. Anyways-- don't get me wrong, I love my new film. It's great, the actors are superb, the production value is high and there are some genuine laughs in it. But I have this feeling that it's not my best. And it's not that there's anything wrong with it, it just doesn't have that little bit of magic. I've made like ten short films in the past, and two of them have the magic. Everyone who sees them just falls in love with them. And if they don't fall in love, they at least have self-pleasure for five minutes. But regardless, there is something about them. And my friend Steve, I mean-- sorry, George.. he told me how his girlfriend and her friend act out part of my film whenever they're on a night out (don't worry, it's not a film about rape and murder, just laughs) and I took that as a huge compliment. It's hard to say how huge, but probably around the size of a medium steak.

The conversation stopped abruptly whilst I sipped on some tea. This only lasted for about four seconds, and then we carried on. I started rambling about 'magic' in movies. About how, you never really know. You could write a script that's the best script ever written, but it won't necessarily transpire as magic on the screen. There's something else that needs to happen. When Eric Roth wrote 'Forrest Gump' he didn't know that the line about chocolates would become one of the most famous lines of all time. You just never quite know what you're gonna get. For example, Cameron Crowe created movie magic with the 'Tiny Dancer' scene in 'Almost Famous' (the cast are together on a tour bus, singing the Elton John classic...) -- for whatever reason, it's just the most perfect scene you could ever imagine. Everyone who sees that movie remembers that scene. It's golden, it's magic. But then, fast-forward a few years (or just walk there slowly) and there's Crowe's film 'Elizabethtown.' I remember reading the script and absolutely loving the scene where Dunst's character and Bloom's character talk on the phone to each other - it's about fifteen pages long and it's funny, moving, compelling. I remember Crowe talking about the scene during production, talking about how amazing it would be. I guess the plan was that it would be another Tiny Dancer moment. It wasn't. It was pretty average, in fact - the whole of 'Elizabethtown' was pretty average. The point of the story is not that you need Elton John to make a scene work (although this idea could be explored) but that - films are like a box of chocolates, you never know what you're going to get. 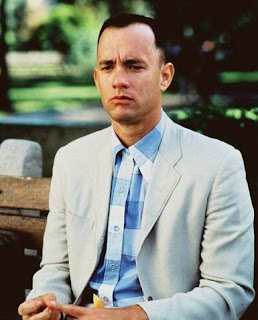 And that's why we have to keep making them. That's why, when you show everyone that short film you did and the reaction of everybody is 'oh, that's cool' -- this isn't a sign that you can't captivate and excite them. It's a sign that, you didn't on this occasion. But there'll be others, you just have to keep searching for them. You have to keep writing. Keep creating things. This happens on a small level when you make a short film in your house with your cat and your parents, (it's called 'Kitty, I killed The Parents' - out soon on Blu-Ray) -- right up to when you're Kevin Smith and telling everyone 'Jersey Girl' is going to be the best thing you've ever done. You just never know.
"Uh well, I'll tell ya, I remember this one time - I'm in a Banshee at night in combat conditions, so there's no running lights on the carrier. It was the Shrangri-La, and we were in the Sea of Japan and my radar had jammed, and my homing signal was gone... because somebody in Japan was actually using the same frequency. And so it was - it was leading me away from where I was supposed to be. And I'm lookin' down at a big, black ocean, so I flip on my map light, and then suddenly: zap. Everything shorts out right there in my cockpit. All my instruments are gone. My lights are gone. And I can't even tell now what my altitude is. I know I'm running out of fuel, so I'm thinking about ditching in the ocean. And I, I look down there, and then in the darkness there's this uh, there's this green trail. It's like a long carpet that's just laid out right beneath me. And it was the algae, right? It was that phosphorescent stuff that gets churned up in the wake of a big ship. And it was - it was - it was leading me home. You know? If my cockpit lights hadn't shorted out, there's no way I'd ever been able to see that. So uh, you, uh, never know... what... what events are to transpire to get you home."
-Jim Lovell (Tom Hanks) in APOLLO 13
So what I am realizing more and more is that there is just this kind of magic thing out there in the atmosphere, or in your work, or maybe it's in Cardiff, Wales. Wherever it's located - it's out there, and nobody quite has their finger on it.. and this is the great consolation for when you cry yourself to sleep at night thinking "I am not as talented as Tarantino." Maybe you're not as talented as Tarantino -- but that's not the point. Because you could both write a screenplay tonight. His could be incredible - his usual hilarious, crazy madness. And yours could be a little bit confused and awkward. BUT, that magic essence; who knows, it could end up in your work. This is WHY we all have secret favourite movies (like 'You've Got Mail' or 'Duets' for me) - there's just something in there that grabs you, that speaks to you - and you can't plan for that. We don't know what it is. We just know we found it in books when we were children and we find it in people we meet on our way through life.
It's a spark, it's a thing -- it's real but we can't feel it. We just know it when we see it. We know it when we see it. So if you've written nineteen scripts and no-one cared about them, don't give in. Number twenty could have the magic in it, you'll have captured something real and put it out there for people to feel.

"But when the night is falling
you cannot find the light
If you feel your dreams are dying
Hold tight...

-New Radicals - "You Get What You Give"

Steve Martin was a stand-up comedian for ten years. For eight of those, nobody really 'got' him. Nothing was happening. The only constant thing is that he was still working, still going to clubs when, sometimes, there'd be literally three people in the audience. I guess the magic wasn't with him yet. And then one day, breakthrough--- almost overnight he was playing to full houses of 40,000 people. You just need to keep doing what you're doing, keep creating the work - stay true to yourself and show your work to as many people as you can, because one day, not too far from now - the magic is going to be there between the lines and you're going to capture the world.