The Bizarre Case Of Dane Cook - The Unfunniest Man In Comedy

I went to see Dane Cook in Madison Square Garden tonight and, I have to say, I was completely blown away by the complete lack of anything funny happening during his entire set. I bought a ticket because, being in NY, it seemed like something to do, especially as the Springsteen shows this weekend had sold out. So instead, I went for some comedy, and I was assured that this guy was the biggest name in comedy right now. 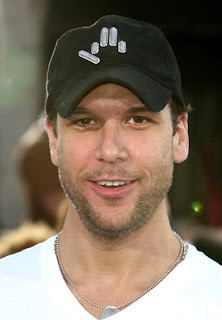 I never figured I would love him. I mean, I've seen his movies and he always just seemed like a weak Ryan Reynolds. But hey, I don't mean to sound like a Dane Cook Hater. After getting home tonight and being extremely discombobulated by how this unfunny guy had taken the comedy world by storm, I began to google him to find out answers. What I found, was quite horrible really - people really hate on this guy, they really make it personal.
And I don't mean to do that, honestly I don't. I'd like to be more mature about it. Comedy is extremely important to me; most of my writing and filmmaking revolves around comedy. It's everything to me. So, I couldn't help but sit there in amazement at what was going on. Thousands of people were laughing uncontrollably, and I just sat there completely lost. He doesn't tell jokes, for one. I've read a lot about him tonight saying he tells 'observational jokes' - but I don't really see that either. He observes things, but he doesn't build jokes around them.

And that's what disappointing, I guess, is that rather than being a storyteller who cleverly crafts material and punchlines, he just talks about internet porn and sex like a guy in a bar would. He's very loud and confident. And I kind of liked that about him, he's great with a crowd, very fun. Problem is, I'm just not sure why they were laughing. The reason it troubles me is because, I'd like to think I have a good idea of what comedy is, and I'm writing a screenplay I'd like to think would appeal to the masses. But the masses, evidently, find Dane Cook hilarious. It confuses me because - I JUST DON'T GET IT! I don't see where the funny is! Why are people laughing? 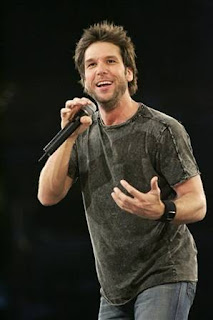 He seems like a good guy, it's not personal. I'm not saying this because he's wildly popular and successful, he's done very well and evidently deserves his success if he can fill up Madison Square Gardens -- but it's left me confused by how we define comedy, and what people want to see/hear.
at 21:15
Share