Should they really be making all these Holocaust films?

When 'Schindler's List' came out it touched everyone in a way that I don't think any film ever had before. It proved that a film can have a lasting effect on its audiences. It proved that a film can make a difference in the world. The one thing we know for sure about the Holocaust is that it must never be forgotten, and what better way to do that than have the world's most successful film director Steven Spielberg making it. 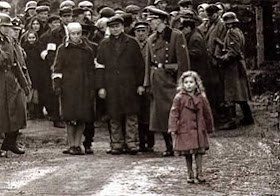 I do a lot of work with Holocaust survivors, and I have been involved in some film projects about it too, but I often find myself asking; should all these films be getting made? There was a time when I would always have said a definite yes. I've done work in schools where I've seen children having absolutely no knowledge of the attempted extermination of the European Jews and it brings me to the conclusion that we should keep on making these films, keep on getting them out there.

I didn't like "The Boy In The Striped Pyjamas," it seemed distastefully Hollywoodified to me. But then, I was doing a workshop with Holocaust survivors in a school last year and the students were really passionate about it. These children were beginning to have interesting ideas and lots of compassion towards Germans, whereas I remember when I was in school we were all "I hate Germans!" which was based mainly on ignorance and stereotyping.

Let's cut to the chase though. The Holocaust films coming out of Hollywood today aren't being made to honour the memory of the millions who were tragically lost. They're being made to line the pockets of the producers with lots of money. Far from being like Steven Spielberg, crying during scenes whilst filming in Krakow, Poland-- they're sitting in their warm Hollywood studios raking in the cash.

From a storytelling perspective, the Holocaust is gold. There are so many millions of untold, complex stories-- and they all revolve around the power, relationships, good versus evil, alienation, confusion, heartbreak, death, etc. Everything you could want from a story you can get, easily, every single time - whenever you venture into the events of Hitler's Final Solution. But this doesn't make it okay.

I find myself asking that a lot now whenever I see a World War two film. Is it okay when a stupid, pathetic horror film like "The Unborn," takes the Holocaust and uses it as a device to illicit more emotion from its audience? Is it okay when Quentin Tarantino has revengeful Jews running around scalping people's heads for fun in 'Inglorious Basterds'? Is it okay when Tom 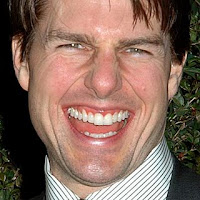 Cruise and his co-stars are playing Nazi's but have perfect American accents, in 'Valkyrie'? You see, the Americanisation of the Germans in 'Valkyrie' wasn't so that people could understand the events better, it was so that the film would be more marketable.

The Holocaust survivors are still here, with us. They are still coming to terms with what happened and they are still sharing their stories. When they share them, there is nothing more heartbreaking or profound. When you hear a Holocaust survivor tell you how their family got shot in front of them, how their kids were taken away-- the importance of it hits you. It impacts your life in ways you couldn't imagine. I don't feel it is fair to these people to turn the death of six million Jews into big screen fodder that lines the pockets of filmmakers with millions and millions of Dollars. The subject is too important for that.

Do I think films should be made on the subject? Yes. Films like 'The Counterfeiters,' help us understand, they help us learn and they help us grow. In the film, Salomon Sorowitsch and Adolf Burger are two Jews who are counterfeiting bank notes for the Nazi's. They do it to survive, it's their only choice. But the two characters are caught in their belief systems. Salomon does what the Nazi's want, because he feels it's the only way he is able to survive. Whereas Adolf has major problems with it because he feels it is unethical and helping the German war-effort. The palpable conflict between the two characters is mesmerizing and you can't help but put yourself in their place and question what you would do. That is powerful filmmaking -- and it's important filmmaking. Perhaps the difference is that this film, like the incredible 'Downfall,' was made in Germany by German filmmakers. The German attempts to understand their history through these films in recent years is remarkable, gut-wrenching and moving. The films are important. The same, I feel, cannot be said for the constant Holocaust themed movies rolling off of the Hollywood production line. 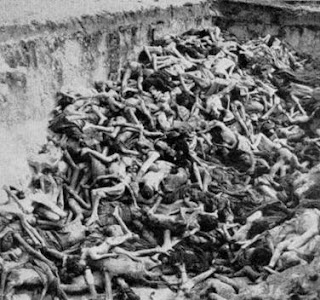 It's time to stop and think. The Holocaust MUST be remembered and we MUST find ways to make sure future generations learn about and feel about the Holocaust. But we must do it right.