Make Your Short Film On a ZERO Budget.

I meet some crazy people. In fact, I meet some sane people, too -- both types seem to be under this crazy illusion that making a short film has to cost money. I have had my zero-budget films screened in festivals next to films that cost $20,000; and the difference in quality has been minimal- and quite often my films were better received than the big-budget ones.

Now, I'm not saying that bigger budget short films suck, nor am I saying that a zero-budget film is better; it of course comes down to talent, luck, script, etc etc. But the way I look at it is: if your film is going to suck anyway, you're better off doing it for $5 than $5,000. I've made some TERRIBLE short films, but have been lucky enough in that they only cost me about ten coffees to make.

I write this post because I have met many upcoming Directors who have erred on the side of doing nothing because they "need $5,000 to make this short film." I am here to tell you that you need about $80 to make your short film, if that.
So you need locations. Locations can cost $1000, or they can cost nothing. And it's entirely up to you. You can say "I would like to film in your Doctor's surgery, how much does it cost?" or you can say -- "I am a young, upcoming film director and I would love to shoot in your surgery. I've been coming here since I was three years old, it's a part of my life and I'd love for it to be in my film. I'm doing this film on a zero-budget, using actors and friends from our community to help out. Would we be able to film in your surgery? It would only take one evening, we can do it after you close."

And they'll say "No.".
But then you say, "Is there any way you can help us out? It would be great fun for any of your staff who want to stick around, we'll make sure they're well fed and they can even be extras! I really want to film there because I can't imagine the scene being anywhere else, it would mean so much to me just to film inside the walls of the surgery! Let me know what I need to do to make you feel comfortable and safe with us being there, and I'll make sure you are happy with it."

And then people begin to open up, they begin to see your passion for the project and they realise they can be a part of making movie magic happen.

Think of ALL the people you know. You know people who live in houses, in apartments, in disgusting rented rooms that have leaks; you know people who work in schools, in offices, in the government, in the streets, in charities; wow -- you know so many people! Think of all the locations you can get! 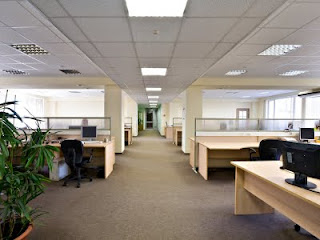 Short film making is not about signing cheques; it's about filmmakers discovering their art and pulling off miracles with no money. When you make people realise this; and show them how they can be a part of it, they will almost always be willing to help. Two years ago I wrote a script set almost entirely in offices. I wrote to a company who I found by searching 'rent office space london' in Google, and within a week they had given me new office space for a whole day, for absolutely no cost. I promised them that 'when I shoot the big movies a few years from now, I'll come back to you." And it's the truth; because now, if I need an office location, they're the first people I'd contact.

A camera does cost money, I know this. But you can get creative here. Maybe the film would be great if it had a rough and raw documentary feel. Maybe you could just shoot it on your Aunts old camera. Or maybe you need something better. But you look online and the rental companies say they want $400 a day for the model you want. Well, that price is flexible. The minute you say "student," or "low-budget" or "upcoming" they'll immediately modify their quotes. If you have a script, if you have passion, they'll see it-- they'll smell that, five years from now, you might be in a position to help them more. Also, most rental companies are closed on the weekends; so if you get a one day rental on a Friday, you may get to keep the equipment until the Monday. In fact, I did that on my last shoot when I rented a monitor and four lights. It wasn't free, but it wasn't very expensive either.
Maybe you know film students who have access to cameras, or maybe someone who shoots wedding videos for a living. Whoever you are getting a camera from-- you can offer them a film credit, you can offer them a banner on your website, you can offer to advertise them to your 1,024 Facebook friends-- you don't HAVE to hand over cash to get the equipment you need. Be creative.
One thing you can't avoid is the need to feed everyone on your set. Well, I've seen people avoid it-- but I don't agree with it. Especially when everyone is working on your film for free. Why are they working for free? Because you're working for free. You're making a film to show everyone your genius as a Director, despite the lack of money and resources. You're giving the actors the chance to show their genius despite the lack of money and resources. The same rule applies for all of the crew. Rather than 'oh, there's no money' - make it positive! What a wonderful film, filmed for absolutely nothing!! And we all had so much fun doing it!
Anyways, food. A few years back I was about to embark on making a short film, and rather than spend a heap of money on drinks, I wrote to a big soft-drinks company. I told them all about my project; I told them how passionate we all are- doing this amazing project for no money, just with love and hard-work. They wrote back, said they liked what we were doing, then sent two big parcels of drinks the night before the shoot. Everybody got to drink their tasty beverages, and it hadn't cost me a penny. You can't guarantee you'll get freebies like this-- but if you don't ask, you don't get.
I learned a lot about catering a film last year, on a feature-film I produced. I was authorising hundreds of pounds a day to go on food. As the shoot was nearing an end, I was looking at our bank balance and getting that concerned producer's look on my face. But then two of our lovely runners came over to me and told me they could take care of dinner for about £8 a day.
They brought in a giant pot and the ingredients; on one day they made Chilli Con Carne, on the other day they made a little pasta and meat sauce concoction. Suffice to say, it was the best food we had on the whole shoot and it had cost me less than £20 over two days. Of course, it can be really difficult on a feature film when you are shooting for weeks, if not months-- but your short film is only taking up three or four days. So why not send out a message to your Facebook friends and say "would anyone like to make dinner for my gorgeous actresses?" - there is bound to be someone you know who loves the idea of cooking their signature dish and bringing it to your location. In fact, they'll be so proud of their culinary genius, they'll probably pay for it all themselves.
Whatever you are shooting, whatever you needs, and wherever you are filming -- there are ALWAYS ways to do it for nothing. Be creative, ask around, and don't take no for an answer.
at 03:10
Share