Why Struggling Actors Should Produce Their Own Work

If I hear one more actor say "there's just nothing out there at the moment" or "I don't have anything for my showreel" I am going to scream.

When you're starting out in the industry it's hard, I get it. But the industry doesn't owe you anything. And that can really frustrate me about young actors; they feel like they are owed acting roles, owed great showreels, owed everything. But the industry owes you nothing. And the thing most of you don't realise is that there are thousands of actors out there working harder than you. You need to catch up.

Acting, like Producing and Directing, is creating. Something didn't exist and now it does. If you do a short film TODAY, then you have put something out there into the world. It is a part of your legacy. Now it may suck, so you may not want to make it. But what's better, a film that sucks or a film that doesn't exist? To begin with, just by making something that sucks, you wipe out 50% of the competition, because the other half is sitting in offices and supermarkets saying "I want to be an actor".

Most actors get a bit scared when they get DVD's of their performances. It's usually "oh God, I wasn't as good as I thought". But imagine if before doing that film; you had made five of your own shorts and acted in them-- chances are your performance in the DVD you just received might be a bit better.

There is no need for an actor to wait for roles, CREATE the roles. If you want to play a nurse, make a film about a nurse. You want to be an astronaut, be an astronaut. You want to play a whore, play a whore. "But I have no money!" you say. Okay, well - how about you and two other struggling actors make a short film set in one location. 'An Astronaut misses his last day of training due to being caught with a whore by his girlfriend - who uses her nursing skills to help the whore who's struck down by a fever.' - there you go. Grab a camera, shoot it. You have a film. 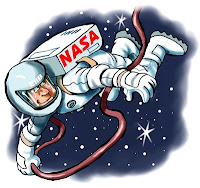 Make a mockumentary about an out of work actor who has a fear of leaving his house. Make a film about a man who keeps watch over his garden as he's convinced the pigeons are Nazi's. Film a bunch of your acting friends talking about their fears and hopes and put it on YouTube, it's footage of YOU.

If you have showreel footage, you immediately overtake 80% of the actors currently doing the short film circuit.

Back to creating. Maybe you're scared by the term 'Producing'. A producer takes nothing and turns it into a product. He finds a story and finds the people needed to make it end up on the screen. You can do that. You can do it by borrowing your Aunt's camera, getting a friend to press record whilst you perform. 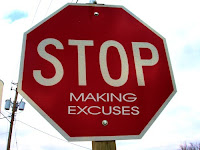 "But it doesn't look professional," you say. Casting Directors don't care. Whether it was Patrick Fugit in Almost Famous or Katie Holmes in Dawson's Creek; the industry is full of cases where some struggling nobody who lived in a farm in nowhere managed to win a role by showing Producers/Casting Directors who they are. Tom Hanks on 35mm is Tom Hanks. Tom Hanks on your Aunt's camera is still Tom Hanks. I was watching a behind the scenes video of 'Vanilla Sky' yesterday; it was just Cameron Crowe and the crew messing around-- but every time Tom Cruise and Penelope Cruz are on screen; they steal the show. Why? Because they have that thing. In their eyes, in their movement, in who they are -- they are great personalities, great actors. It shines through. YOU WILL SHINE THROUGH if you create video content of yourself, being yourself, and showing the world your talents.

There is no need to be distraught if you are not getting roles, or if Directors everywhere are ignoring you or saying "I may be casting next month," who cares; a lot of their films will be terrible anyway.

Go watch 'Ellie Parker' - it's Naomi Watts in a horribly rough and cheaply shot feature film; but what she does in the film is show off every aspect of her acting skills. She proves to the world how great she is. You can do exactly that.


Some of the best short films I have seen have been terribly shot. But if you can act, you should show people. You want to know what is worse? Terrible acting with beautiful photography.
It will ruin you. If a casting director sees you on TV or in your showreel or, even worse, in the cinema and your performance is wooden and stagey - then you're screwed. So go pick up a camera; this is the most freedom you'll ever have as an actor. Go create, go and become the very characters you want to play. The ball is in your court - and you need to smash it right into the Casting Directors face so he can't miss you.

"I am getting my reel together soon" should not be a sentence you ever utter.
at 16:08
Share