The Longevity Factor: Your Acting Career Is Not What You Think It Is

And I watched 'Say Anything' and 'Singles', where we see tiny parts for Jeremy Piven. He was fun, he was engaging on screen. But he wasn't Ari from 'Entourage.' It just wasn't his time yet -- twenty years would have to pass.

If we're gonna stick with the Cameron Crowe theme, I also re-watched 'Fast Times At Ridgemont High'. So many of those actors, you say; 'where the hell are they now?' But Nicholas Cage is one of the biggest movie stars in the world.

But wait, Nicholas Cage was in 'Fast Times..'? Yes, as an extra, just like how Paul Giamatti had one line in 'Singles'.

Some actors peak early. Ione Skye was perfect as Diane Court. But who would have thought 'Say Anything' would be the pinnacle for her? Who knew John Cusack would go on to have such a great career?

It's like when I'm making a film, some actors that know me get offended that I only had a role for them with two lines, whereas someone else got the lead.

But two lines is two lines and twenty five years from now might be your time, when you wouldn't even do my movie because you're too big for me; you're an Oscar winner who commands twenty million a flick.

But in the immediacy of right now, everyone is racing to reach the top - the top seemingly being the most lines, the biggest amount of pay.

Paul Giamatti is a bigger actor than Campbell Scott now. But in 1992, when 'Singles' came out - Scott was the right person for the role, and Giamatti was light years from 'Sideways'. 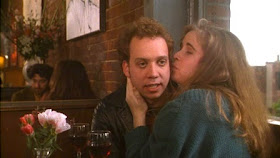 Just like Forest Whitaker in 'Fast Times..' He was hardly memorable, but he did a good job. Thing is, you just wouldn't have given him a leading role then because he wasn't the Forest Whitaker we grew to know and love -- he was just a fairly anonymous actor learning his trade, struggling for roles.

Actors size themselves up against each other. They get jealous that Marie is a regular on a sitcom, and that Fred got cast in new Ricky Gervais film. But when you look at the bigger picture, there's no need to get jealous in the short term - because someone else's career has nothing to do with your own.

Right now you might think you know what Felicity Jones' career is about, or Jennifer Lawrence, but they rarely work out how you think they will. There was a time when Kyra Sedgwick was in absolutely everything - but now the 90's are gone and times move on.

And Jeremy Piven did enough tiny roles that eventually, he broke through. I mean, there are different levels of breaking through. But for years he had only two lines in movies. Then he played the best friend sidekick in movies like 'The Family Man' and 'Serendipity'. 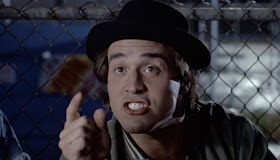 That is already great success.

But then 'Entourage' happened. And you think you know what his career is about and then he gets 'Mr. Selfridge.' Wow.

What a great career!

You don't just walk into a great role. And sometimes you do, like Patrick Fugit in 'Almost Famous', but where's he now? He just has Cameos in Cameron Crowe movies.

Right now someone is a superstar, and somebody else is nobody. But that has absolutely no bearing on where they'll be twenty years from now.

It's a roller-coaster. Maybe it's your time right now, maybe it isn't. At the time of 'Jerry Maguire' it looked like Jay Mohr would be a major actor - but eventually the roles dried up and he stayed with stand-up comedy and, eventually, podcasting. 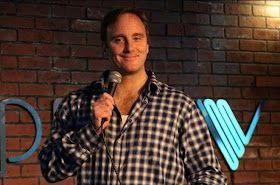 The point I am making is that a career is long. James Spader has a fantastic career, filled with truly memorable roles. But it panned out differently to how it might have looked when they shot 'Turf Turf' back in 1985.

And Robert Downey Jr had talent in that film. But did he stand out above Spader? Well no, not really. You wouldn't have known that seven years after that he'd get an Academy Award. Or that twenty-three years later he'd be Iron Man!

It's a craft. And sure, there's luck involved. But if the history of film teaches us anything- it's that it takes time.

You career is not what you think it is. The way it is now is just the way it is now, tomorrow is a whole different ballgame.
at 18:50 4 comments:
Share

LET ME WATCH WHAT I WANT TO WATCH!

"Now I have already mentioned that there was a disturbance in my heart, a voice that spoke there and said, I want, I want, I want! It happened every afternoon, and when I tried to suppress it got even stronger. It said only one thing, I want, I want! And I would ask, 'What do you want?' But this is all it would ever tell me."
-Henderson The Rain King

So, I really want to watch an episode of 'Seinfeld'. Specifically, I want to watch episode 22 from season 5, 'The Opposite', because it's such a classic and I'm just in the mood for it.

And I'm also working my way through 'Frasier' again, so there's that too.

But my brain is giving me such a hard time. On the one hand, I think watching these masterpieces of comedy is good for me as a writer, but on the other hand, my brain is telling me to branch out and watch some sci-fi or something.

But on the other hand (this is now my third hand, which either means I am an alien or that you think I'm referring to rude body parts) who gives a shit what is good for me as a 'writer', how about just chilling out for an evening and watching what the fuck I want to watch?

I don't even know what I want anymore.

I want to write the best script I've ever written.

But how? Should I first get a killer idea?

Or should I watch a sitcom.

Or should I watch a crime thriller.

Or should I go surfing.

I don't know anymore. I have no clue where I am or what I'm meant to be doing.

And you'll give me advice. Like, 'go write,' or 'go take a girl out' or 'go surfing' and I'll be all adamant that you're WRONG because it's up to ME and not YOU. So fuck you.

But I need you.

I need you to tell me what to do without me knowing you're telling me what to do because right now I am sinking in my own lost confusion. 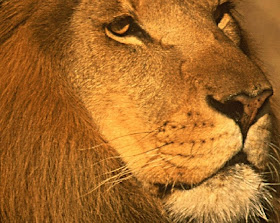 'I want I want I want' just like Henderson The Rain King. My heart screams for so many things all at once in so many corners of life, the world, my mind. I want everything all at once and I am utterly, utterly paralysed.
at 12:59 No comments:
Share
‹
›
Home
View web version