UPSTREAM COLOR And My Unexpected Revelation

It's one of those films. A woman gets duped into giving her money away. Then there are shots of pigs walking around. Then a woman meets a guy but the camera is out of focus. Then the guy and woman talk but not in sync with the images. We see water flowing down a river. A guy stands over the pigs while frowning. I don't mean any offence to the director of this or the many films like it, but my word for these types of films is: boring.

But then, that's the word I would use for most Hollywood films these days.That realisation hit me during 'Upstream Color', right around the time a pig was trundling in and out of focus. This artsy, nonsensical gibberish was no less boring than most movies that come out of the Hollywood system.I found myself relaxing into the experience. For once feeling the joy of not watching a predictably linear, in-focus movie. Suddenly, there were no rules. And freed from the idea that a film should make sense or offer any kind of story, I began to enjoy the experience for what it was. And what is that? It's a nicely shot film, seemingly on a low budget, which captures some beautiful moments of pigs walking around and humans struggling with strange circumstances that, admittedly, I didn't understand.And I don't mean to give big spoilers, but at the end of the film, the lead character holds a pig, they share a moment, it's poignant.I'm so tired of what passes for movies these days. Bloated biopics in moody tones, caffeinated indie films set in LA and superheroes saving the world in a predictable way but only after two hours and forty minutes of witty banter.This film had me intrigued, purely because it was different. Don't read too much into that, I was still mostly bored. Yet rather than flick my phone on to see if time was moving at all, I kept my gaze fixed firmly on the screen. I persisted.


It was good to see a movie doing something in its own way, at its own pace. Most movies in cinemas at the moment are cut together so fast and furious, with the plot jumping around like crazy, desperate to seem edgy, desperate to keep us consuming salty and sugary heart disease boosters. But I'm growing tired of it -- and so are many people. And although I don't think 'Upstream Color' was particularly good, I am not dismissive of it, like I perhaps would have been a year or two ago. I'm glad it exists, I'm glad it's different.With TV getting so good, and streaming services producing their own content, the cinema is in desperate need of renewal. It will survive, it always does, but right now it struggles for relevancy. The Hollywood films all obvious and brain dead, the indie films obscure and slow. Of course I'm generalising, of course you could name ten films you liked from the last year. But still, the game is changing, and people only want to give up two hours for a flick if it's going to be exceptional.To be honest with you, I am going through a stage of resisting the cinema. It's so rare that you see something great. 'Upstream Color' is not exceptional, but then why does it need to be? Cinema hasn't set the bar high for years. Here's some perspective from a guy called Matthew Milam, whose quote was published on The Lefsetz Letter:"In the 80s, you had 15 - 20 movie studios each putting out 20 pictures a year. When you need to produce 400 films, you've sometimes just got to give a kid 10 million bucks and tell him to come back with something great. At the same time, you had 3 (4 if you count Fox) TV networks who had to play it safe. They were the only game in town and they were putting out content that had to attract advertisers.Cut to 2013 and the roles have been flipped. You've got 10 studios each putting out a diminishing number of pictures every year. They've got to play it safe because they're taking fewer bites at the apple. Innovation has ceased in the pursuit of the sure dollar - an oxymoron if there ever was one.Then, in TV, you've got God knows how many channels all clamoring for content. A day doesn't pass where you don't hear about some network jumping into the scripted TV game." We assume, because we're fans, that cinema is meant to be great. We assume that the innovators and artists will arise, eventually, and we assume they'll make stuff we'll relate to.But the film studios make their money by packing stars and predictability. That doesn't always work, but it's the best the studios have come up with. And in the current era, it's no longer about the director. Only Nolan and Tarantino can pack a cinema, and that's because the power is no longer with the creatives.Not that it ever was, really, but they used to always break through - now it's harder than ever. When scripts get sold in pitch meetings, when executives come up with the ideas, when sequels are constantly green-lit purely because of box office, what happens to art? What happens to original ideas?
Nobody knows. It's a mystery. I think it has something to do with pigs walking in and out of focus.
at 19:13 3 comments:
Share

The Fading Importance Of Movies

Movies have an ever declining importance in society. This is obscured by the fact they are marketed more heavily at us than at any time previous.But films no longer shape and inform our culture. You look back at the impact of, for example, the films of 1994, 'Shawshank Redemption', 'Forrest Gump' and 'Pulp Fiction', they infiltrated our hearts and minds on a mass scale in a way that hardly seems possible now.

It's partly to do with technology and attention spans. People are more interested in how Zuckerberg tweaks the timeline than how Fincher directs a film, and people are more inclined to sit through a series of YouTube virals that they not only watch, but feel they're participating in. YouTube videos are really about community, a shared experience, the way cinema used to be. I was having a Skype conversation yesterday with a friend, about how computer games are now so much more exciting than films. And we feel jealous -- because neither of us are gamers. The release of a new 'Call of Duty' is a cultural event, but a new movie is just a media event, lots of noise but then pretty soon we forget that 'Lincoln' was even made.The biggest problem is the films themselves. The studio flicks do their best to live up to the stereotype; brainless nonsense chopped up and churned out to the masses. That's why marketing is so expensive. The only way to get us into the cinema is to batter our brains senseless with images and hype, convincing us that "hey, maybe 'Contraband' will be an awesome movie!"

But to see a studio movie, with big stars, mostly leads to disappointment. There was an article today in the New York Times, about how China is completely turning away from American films. The reason is obvious. Here's a quote from the article:

“They don’t want the same old thing, over and over again, the action blockbusters with lots of explosions.”
-Rob Cain.
And then there's independent cinema. Even at the level of no to near-no money, it's hard to find the gems, the market filled with films about twentysomething white hipsters having mild revelations while drinking coffee. 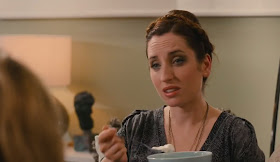 The most creative writers and directors of our time are probably using their skills to create commercials for drinks and foods and cars, because that's where the money is in this industry. It's hard to get work in movies. You start out resisting, because you have artistic integrity, but pretty soon you realise, you have to make a living.
And even when you find a great movie, the chances of getting that film to the masses is minuscule. The greatest movies I've seen in recent years tend to be independent and foreign films that just don't have the ingredients which equate to distribution and attention. Online distribution can potentially change this. But like everything that is great, big business normally finds a way to take it over. Netflix are on our side at the moment, with treats like 'House of Cards' and the return of 'Arrested Development'. But is this really a sway towards good content, or is it only temporary?I feel the ground is ripe for a new age of revolutionary filmmakers. The modern equivalent of the Spielberg/Lucas/Coppola era, the children of Tarantino/Rodriguez/Fincher. But these filmmakers are in a different playing field. They can't ignore the internet, they can't avoid the fractured nature of modern viewing styles. And the next generation of important filmmakers are going to include women. There are so many unexplored stories that cross the boundaries of gender, sexuality and beliefs.We live in a unique time. Technological advances so crazy that if we told alien visitors, they wouldn't believe us. And still we're torn apart by religion, greed, fundamentalism and those damn trendy hipsters.All of this conflict, unrest, confusion, and hope; it means the world is still, as ever, full of stories. It's too easy to get distracted by the toys, to be swayed by market forces.Our job is to be artists. To write what we can and do it in unique and fascinating ways. It's the only hope we have if we want the cinema to be relevant in this era.
at 08:10 17 comments:
Share
‹
›
Home
View web version