Life is about magic. I'm convinced we know this as kids which is why we leave the sun on and go running around with pretty girls as we stampede towards the ice cream van because if we don't make it in time we might just die.

Being an adult is all about finding excuses for not running after the ice cream. If you're lactose intolerant then fair enough, but for the rest of us - what exactly is our problem?

Why even risk the chance of not creating your art. Remember when you were eleven and you stayed out later than you were meant to? Remember when you and Laura rode your bikes over to the hill where smoke was rising from the old haunted mansion? You'd ride so fast, desperate for adventure. Desperate to know life wasn't decided already.

Every film is about someone throwing off the chains and deciding to be free, or about disregarding the inner oppression and choosing to love again.

Films aren't just fairytales or mythical nonsense. They're the parts of ourselves that get discarded and left on the scrapheap.

Make your Passion project. Do it any way you can. You'll get to play. You'll be running after an ice cream van. 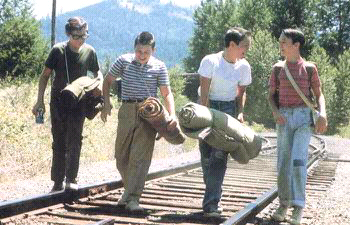