JESSICA BENDINGER knows a lot about writing. You can't come away from an interview with her without being inspired. Her first credit as a screenwriter was the hit movie "Bring It On" starring Kirsten Dunst. Jessica's other screenwriting credits include "First Daughter" and "Aquamarine."

"Stick It," in 2006, was her first film as a writer/director. There'll be many more to follow. She was also brought in as a writer during the 4th Season of "Sex & The City." That's a lot of work for someone whose first screenplay credit was only ten years ago. But when you speak to Jessica, it's not hard to see why she's been a great success. 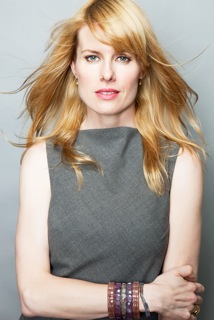 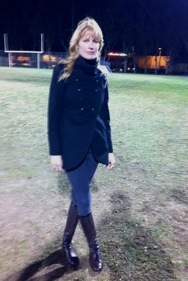 I often share a view on this site that, sure, you can read screenwriting books- but more than anything, you need to find what works for YOU. Is this is a view you share?
Totally!! There are many ways to come up with ideas, write outlines and birth screenplays. The biggest journey we all have is finding out what works for us, and the beauty of that is that it will be so radically different for everyone. I believe in following my enthusiasm, my curiosity and my fear. Not necessarily in that order.
Finding the discipline to write features is tough. Even people who call themselves screenwriters and dedicate their lives to it find it hard to sit down and do the work. Why is this? And what advice can you give?
Writing features is tough! You have to involve so many other people to get it from being the written word to being a screenplay and most people don’t survive that process. It’s really kind of rigorous and it rewards people who aren’t necessarily the best writers but they are the best at the process of screenwriting, which is this really unruly social and political process. I think I have charted the waters of writing in Hollywood by trying to have a really unique point of view. I love what I love and I’m unapologetic about it. What works for me is to be true to myself, and trying to write the movies, books and TV shows that I want to see. Hollywood is very much a geo-political, commodity-driven economy, and that truth can really stop/impact people in lots of ways. Make sure qualified readers with genuine critical discernment are giving you notes. If you don't have access, then pay for it with a reading service if you can (Script Shark, ScriptXpert), etc. Just write for the joy of writing and the joy of expressing and cultivating your craft. Very few scripts get made. Make it your business to relish the process of writing so you got something out of it besides a movie. The world is a better place when people have something meaningful and happy-making in their lives, so do what you love and do it as much as you can.
We haven't seen any films that you've written for a few years now. I know that you were busy writing and releasing a novel, but now that's done- what can we expect to see from you in the coming years?
I’ve been busy writing my next original movie, which takes place at a Berklee School of Music type of place. My mother is a musician and my dad was in advertising and wrote jingles, and I grew up very much in the margins of the music business, so this movie is a love letter to the more working side of show business. It’s less the American Idol and Glee version of that and more what happens to people who really explore it as a career and how hard that is. It takes place at a music conservatory college and follows four different students with different majors in music. I’m really excited about that.
And, I’ve also co-written music for a long time, so I’m also co-writing a solo album for a new artist. That’s very gratifying. It’s so nice to work in three-minute chunks, after having worked on movies and novels. Songs are a really sweet vacation from such a long form. My dad was a jingle writer, so it’s really in my blood. I never did it seriously because my parents did it professionally, so I was always daunted by that. I’m having fun working on other people’s material, where I don’t have to be responsible for the whole thing. I just do my part of the song, and then I get to hear the finished product. It’s really nice.