Today marks the start of the KID IN THE FRONT ROW acting competition. All entries must be received by Tuesday 17th August 2010.
Here is the task:
Filming quality is not important. The script is not the most important thing, either. The most important thing is two characters, on screen, creating a moment, a scene; on the theme of leaving (you are open to interpret the theme in any way you wish.) 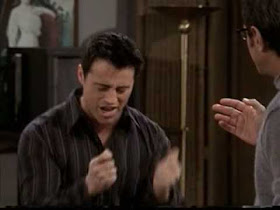 I was going to run this competition over a couple of months; but I realized that any actors who are serious about their craft, will easily be able to find a day, or a night, or one minute at 3am, to find a camera and shoot a scene.
To enter:
Upload your one minute scene to youtube, with Kid In The Front Row competition in the title, and email me the link: 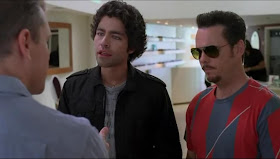 I am looking for performances that feel real, that grab me, that I believe in, that show your talent and humanity. I will watch ALL the entries; and then I will shortlist FIVE FINALISTS.
I will then announce the name of the judge; who will be a professional industry actor. The judge will watch all five finalists and then choose a winner.
Good luck! Please pass this on to any actors you know, or any acting sites that might be interested.
THE DEADLINE IS TUESDAY 17th AUGUST, NO EXCEPTIONS!
Tip - Don't perform a monologue to the camera. Engage in a scene, a 'moment' with another actor.
"One really important character trait is confidence. So many actors lack it, but if you don't think you're good, why would you expect someone else to be taken with you? You have to believe in your own talent, and let that belief carry you through the avalanche of rejection that comes with pursuing a career in this field."
-Joshua Malina.
at 03:08
Share