Self-Confidence & The Importance Of Your Work In The World.

In my previous post I asked people to talk about what projects they're working on, why they're important in the world, what obstacles they are facing, and when the projects will be completed. First of all, it has been wonderful to learn about everyone's projects-- it's inspiring and exciting. I can't wait to see them all (and to those of you who posted completed projects, I will check them out very soon.)

There were some very interesting things to observe when people were talking about their projects; many of them have similar patterns. They are patterns that are common in creative people; and I think just naming them and having awareness around them can be helpful.

1. When talking about what 'project' they are working on - people often name 2, or 4, or 9 projects. Or even more, endless amounts..

2. People don't see why their projects are important in the world.

These are all linked. Paying more attention to each stage can really transform your creativity, and your confidence.

It is a common thing for creative people to jump from project to project. Even when you meet a sixteen year old just getting into filmmaking, they'll tell you nine different story ideas. They want to do them all. It's easier and cooler to say "I wanna do a Sci-Fi film, then do an action film, then do a Tarantino-ish thing...". It's very hard to stop, draw attention to one, and focus on it. To stand up and say, "I am making a Sci-fi film. It means the world to me."

In February, I completed a first draft of a feature. And then practically dismissed it -- and kept hunting around for a new project. In fact, I've spent many months spending ALL my energy on an endless pursuit, this giant urge for a new idea. I completely disregarded what I'd just written. This is something we all do. We work and work and then we dismiss. We never reap the benefits of our hard work, we never accept our wonderful achievements or recognize them, which leads to a........

..Lack Of Confidence. But first we should take comfort in realising: everyone is in the same boat. Everyone has self-doubt. Just look at the comments on the previous article. In the first question, people shared their wonderful, exciting ideas. Two questions later, they were hiding behind their blocks, inner-critics, and lacking creative juices. We have this miraculous ability to slam the door shut on our creativity and excitement and make it hard for ourselves. Take comfort in the fact that we all do this. I write blogs, and then - moments later, have crippling fear that I've written a load of bullshit and nobody will give a crap. A few days back, I spent a whole day watching and then writing about Forrest Gump. For hours, there were no responses: and I completely lost confidence in my writing, blogging, knowledge of Forrest Gump, reason for existence, etc etc--- and I am pretty sure none of you would have imagined that of me. We all have it - the confidence and belief waivers. The only thing we can make sure we do, is STAY IN THE GAME. Keep working. 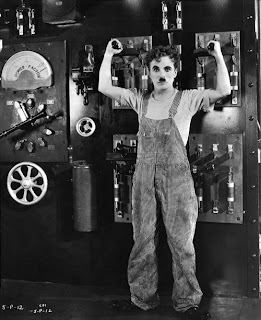 Sometimes every Facebook poke, every browse of Google News, every cup of coffee--- they're just these little slices of lacking self-belief; we convince ourselves we need a coffee or need to check the news before we work on our projects. The truth is, we are desperate for those distractions. Anything to keep us from the giant, full of failure careers that are waiting for us. At some point, the truth dawns: this is the reason it's failing. Three hours of chatting to Mary Frumpley on Facebook about her Niece's health problems is not conducive to your productivity, to your projects, to your success. Confidence comes from being in the room, in the zone, in the chair, in the project.

Your project has a place in the world. If you're making a three minute short film about trash cans-- it may seem pointless and just for laughs- but truth is, what you're making, it's saying something you want in the world. The message might be, 'don't take life too seriously', it might be 'life is pointless so let's throw everything away' -- who knows. Whatever it is, there is some part of you, your brain, your heart, your humor, or something--- there is some part of you that you want to get out into the world. It's that part of you that makes friends, that has connections, that responds to music-- it's that part of you that is your essence, it's where your magic lies. That needs to be out there in the world. Even if your project is 'making a chess board' - there's still a reason why the world needs that. Maybe you're mourning the loss of game players to the internet age, maybe you remember as a kid how chess brought your family together. Whatever it is, you can be less alone and less narcissistic about your project when you realize; it isn't just yours. It's for the world. Who you are, what you're about and what you're doing have a place in the world.

Think about it. Find it. Get excited about it. It will give you confidence.

Your OBSTACLES will begin to change -- it's important that you focus on one thing at a time. Spielberg or Soderbergh might be able to jump from idea to idea, genre to genre, but even they can't do them all at once. Don't be afraid to focus on one thing: nobody will think you're any less productive. And even if they do, it doesn't matter-- because you WILL be more productive by dedicating yourself to one thing. Do one thing, and do it amazingly - and your self-belief will begin to grow as you really get in touch with why you wanted to do it in the first place.

Set a deadline! This is so important. Next week on Thursday; Thursday will just be Thursday, like all the other Thursday's. Maybe you'll work on your script, maybe you'll get new headshots, maybe you'll phone that scary person who might be able to help with financing your project. Maybe. Or, you could definitely do those things. A 'definite' will only happen if you make concrete plans. I know you're busy next Thursday, you have work, then you have to look after the kids, then you have to fill in your tax form and then you need to cook dinner and then you need to get sleep and then you need to get rid of your horrible flu. But you also NEED to work on your project. MILLIONS OF TALENTED CREATIVE PEOPLE PROCRASTINATE AND WAIT EVERY SINGLE DAY. You will be different, you will succeed; by the mere act of participating, by setting goals and working towards them.

And then when everything is done, you can take a short rest: safe in the knowledge you did everything you could, every time you had a chance. 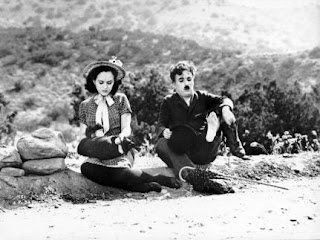