Malèna is a perfect film. One of the most memorable things about it is the incredible performance by GIUSEPPE SULFARO. When they shot the movie, he was only fourteen years of age, and had never acted before. He was discovered by one of the world's finest director's, Giuseppe Tornatore (Cinema Paradiso) - who gave him the enviable privilege of working alongside Monica Bellucci. I talked to Giuseppe about what it was like to be discovered at such a young age and given such a great opportunity - and found out about the great work he's been doing since. 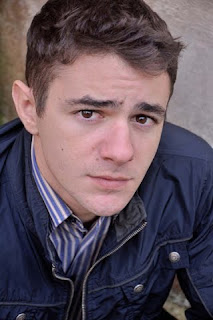 When did you first know that you wanted to be an actor?

It all started when my aunt read in a newspaper that Tornatore was looking for the protagonist of his new movie with Monica Bellucci. My aunt has always been convinced since I was a child that I had very expressive eyes, so I took pictures and sent them to the production, and from there began the road that allowed me to discover this world to me which was completely unknown but fantastic at the same time. Tornatore began to select 2500 photos of kids from here and summoned 90. These 90 kids he met for an interview, where he liked to tease my adolescence! The first was followed by another two or three, the second meeting was a test on hand, from the 90 kids we were then 40. In the next audition an actress took the place of what would be Monica Bellucci, From 40 actors we were down to 9, then another meeting with Tornatore, who chose three finalists, then a video with the 3 finalists was sent to Miramax. Miramax was also thrilled with me, so from that day, I was catapulted into the world of cinema for a year.

In "MALENA". It's amazing that your performance was so perfect, considering you were only 14. What was the experience like for you?

It was the best year of my life, I was away from home for about one year, I followed my father as I was underage, I did not go to school but when I went to the production, I kept in touch with my teachers, so I could integrate school. Filming began in September.I was the youngest and most spoiled, even though my father was very hard with me, but he understood the time and sometimes turned a blind eye and let me do what I liked.

Giuseppe Tornatore is such an amazing writer and director. What is his directing style like? How would he direct you?

Initially, before six months of shooting, me and Tornatore talked about much of the script in general and, once we started filming - every night we met and talked of the work to be done the next day. Sometimes Monica attended, this was so Monica and I gained great confidence that would help us in the "hottest" scenes, other times I let the scenes play at my leisure and if there was something he did not like we would talk about it and try to reach an agreement .... I was very young and had my first experience at the cinema, he was very patient with me, as I was with him, since he is very meticulous and precise, sometimes too much. Tornatore carefully thought how to complete the whole film, as the attention to detail in dubbing and editing.. sometimes the perfectionism borders on madness!

I'm trying to think of what it would be like to be 14 and working with Monica Bellucci. Was it exciting? Scary?

With Monica I had a great relationship from the beginning, we talked about everything, obviously being 14 years old, after a couple of days you will begin meetings with Monica Bellucci to fall in love; this she understood and maintained this relationship of complicity to facilitate the work later. Well I was glad of this, Monica greeted me every morning with a little kiss on the lips, and it made me feel like her husband Vincent Cassel [Giuseppe smiles]. The film was turning into reality - a reality that I knew would fade when the film was released. This was good and made me feel safer at work, sometimes I feel Monica and I remember with great joy and satisfaction the moments spent with her.

What to say more?!?! I was 14 when they called me to make the film and I had never seen a live naked woman, the first was Monica, now you can understand my teenage years ...... [the memory makes Giuseppe smile] it was a special and wonderful experience.

Recently you have been doing TV work, which most of us don't get to see in other countries. What have you been working on?

A couple of years ago I was in a film by Krzysztof Zanussi "The Black Sun" nothing special, but always a great experience. Then I was in Greece to shoot a film in original Greek, was a good challenge; I was there for three months learning Greek.. just for the script. The film screenplay was nice, but technically quite poor even though the budget was not so strangely low ... but always an experience. I recently worked in Italy for a fiction with Thérence Hill, do not know if you know it, the new series will resume in December for another year.

Do you think you will always work in Italy, or would you like to work elsewhere?

If I had to leave Italy and learn another language, after acting in Greek does not scare me or anything .... almost. [smiles].

What Film Director would you most like to work with?

To be honest I do not have a favorite director to work with, the important thing is to work... but if I have to say a few names there are many like Pupi Avati, Ettore Scola, Giovanni Veronesi, Gabriele Muccino, Neri Parenti.